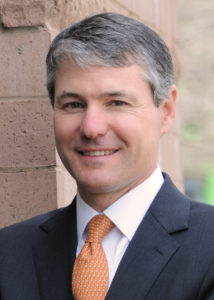 LoanCare, a national provider of full-service subservicing and interim subservicing headquartered in Virginia Beach, Virginia, announced that Rodney Moss will succeed Gene Ross in the role of EVP of Strategy and Business Development and that Ross will retire after almost three decades at the company.

“LoanCare would not be the company it is today without Gene’s leadership,” said Dave Worrall, President of LoanCare. “During his time as president, Gene helped the company navigate through exponential growth, changes in ownership and deep economic troughs. As our head of business development for the last two years, Gene has been instrumental to the company almost doubling in size.”

Moss has taken over the role effective March 19 and will work with Ross through April to ensure a smooth transition of responsibilities. Moss brings more than 25 years' experience in the financial services industry to the position. Prior to joining LoanCare, he served as the SVP of Sales and Business Development for the lender-placed insurance division of National General Insurance with responsibility for strategic accounts. Moss was also the SVP of Business Development for Subservicing for Flagstar Bank and served as director of business development for Ocwen Loan Servicing from 2007 through 2015. Prior to Ocwen, he spent 10 years in the debt capital markets division of SunTrust Robinson Humphrey.

“In addition to his professional experience, both Gene and I agree that Rodney’s impeccable integrity and forthright approach reflect the values of the LoanCare team,” said Worrall.

In this executive position, Moss leads the continued growth of LoanCare’s portfolio of strategic subservicing relationships. In addition to overseeing LoanCare’s team of sales professionals, he also directs the company’s expansion into new products, such as the recently announced program to service open-ended home equity lines of credit and e-mortgages.

“LoanCare is recognized as a best-in-class subservicer that delivers industry-leading service and results for customers, clients, investors and all other stakeholders,” said Moss. “I am thrilled and honored to be working with such a talented, experienced and forward-thinking team at LoanCare. I look forward to contributing to the continued growth and success of the company.”