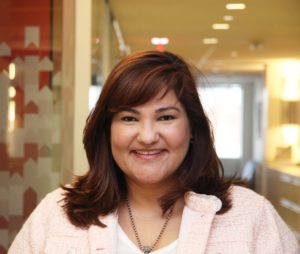 Rodriguez has been with NeighborWorks for 20 years and most recently, she worked as interim SVP for national initiatives, where she managed a national down payment assistance program totaling more than $300 million to support over 17,000 new homebuyers since 2012. Additionally, she created an innovative business practice, enabling NeighborWorks organizations to operate their homeownership programs sustainably. Participating member organizations increased homeowners by 64 percent while decreasing service delivery costs 43 percent, and increasing revenue by 101 percent more than their own baseline.

“NeighborWorks America is pleased to welcome Marietta into her new role,” said Grovetta Gardineer, Chair of the NeighborWorks America's Board of Directors and Senior Deputy Comptroller for Compliance and Community Affairs at the Office of the Comptroller of the Currency. “Marietta brings a breadth of experience and knowledge to the position, with a proven record of leadership and accomplishment, and I look forward to working with her in this new role.”

“I am honored to lead NeighborWorks America into its next phase of serving the people and communities who need it most,” Rodriguez said. “It’s a privilege to work with the top-notch housing and community development professionals at NeighborWorks America, and the results-oriented network of nonprofits it supports. Together we can empower more individuals, create more opportunities and transform more communities.”