William H. Lacy, Jr., retired chairman and CEO of Mortgage Guaranty Insurance Corporation (MGIC), principal subsidiary of MGIC Investment Corporation, passed away on August 28, 2016, as a result of respiratory failure at age 71, according to an announcement from MGIC.

Lacy’s distinguished career with MGIC began in 1971 and lasted 28 years. He became president and CEO of the company in 1987 and retired in 1999. According to a statement from MGIC, under Lacy’s leadership, MGIC emphasized quality underwriting and outstanding customer service, which resulted in strong growth sales and long-term profits. According to the Milwaukee Journal Sentinel, at the time Lacy retired, MGIC was the country’s leading private mortgage insurance provider with insurance in-force of more than $145 billion (1.4 million mortgages).

“It is with great sadness that we announce today the passing of my friend and colleague, Bill Lacy,” Curt Culver, non-executive chairman, said on behalf of MGIC. “His thoughtful leadership saw MGIC through tremendous changes, and helped shape the company into the industry leader that it remains to this day. On behalf of our Board of Directors, executive management team and employees, we mourn his loss and extend our deepest sympathies to his family.”

According to the Journal Sentinel, Lacy was born in 1945 in Chicago and raised in Port Washington, Wisconsin. An obituary provided by his family said that Lacy was “thrived in times of uncertainty, personifying a strong work ethic and a positive attitude as a natural leader who could see solutions others might miss.”

Previous: Distressed Sales Drop Down in May
Next: First Post-Crisis Fitch-Rated RMBS Class Has Been Paid 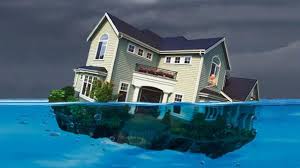