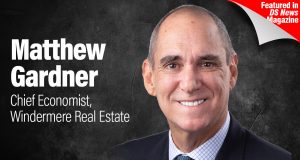 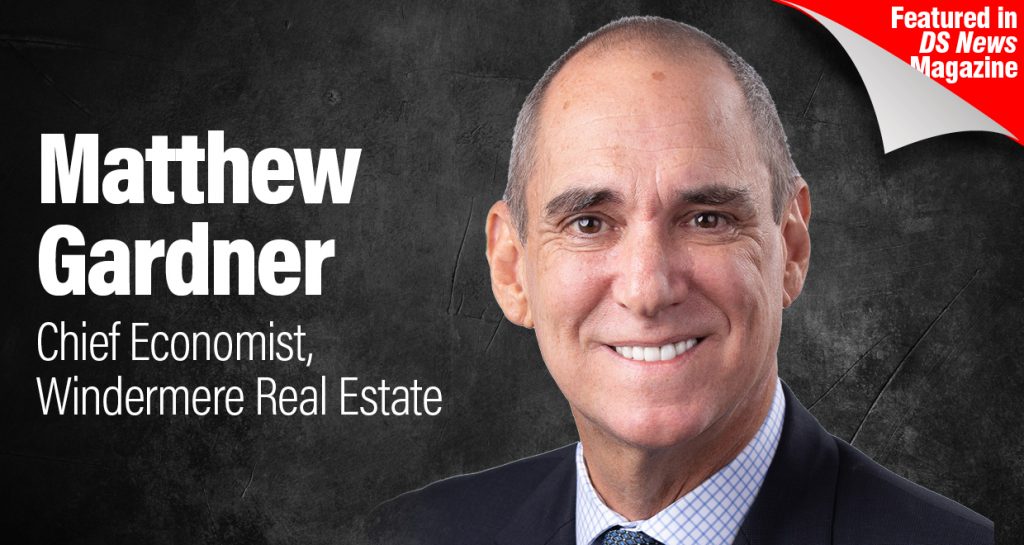 Matthew Gardner is Chief Economist at Windermere Real Estate [2]. Gardner is responsible for analyzing and interpreting economic data and its impact on the real estate market on both a local and national level. He has over 30 years’ professional experience both in the U.S. and U.K. In addition to his day-to-day responsibilities, Gardner sits on the Washington State Governors Council of Economic Advisors; chairs the Board of Trustees at the Washington Center for Real Estate Research at the University of Washington; and is an Advisory Board Member at the Runstad Center for Real Estate Studies at the University of Washington where he also lectures in real estate economics.

Aspiring homebuyers continue to face challenges regarding student debt and the ability to save for a down payment. How do you see this trend playing into the months ahead?

There is no doubt that student debt is a significant burden, especially for millennials who are looking to enter the housing market. Around one in four are still going to their parents for assistance on down payments; however, given recent changes in tax law regarding the deductibility of interest on lines of credit or home equity loans, some parents are finding it more difficult to help out. That said, it is my belief that first-time buyers—who are disproportionately affected by student debt—will still buy more homes in 2019 than any other demographic, irrespective of student debt levels. They are the ones whose job opportunities have been improving in what is a very good, fast-growing, talent deprived economy. Over time, this will certainly help offset the loans they took out to pay for college.

What are the key factors keeping housing inventory in a drought?

There are several reasons why the number of homes for sale in the U.S. remains at a generational low. Firstly, we are simply not moving as frequently as we used to. In the early to mid-2000s, we moved roughly every four years, but by the end of 2018, that number had risen to over eight years

The primary reason for this is that we are not moving as frequently for work. Even if we change jobs, it is more likely that we will take a position in our current city rather  than move. Secondly, we are retiring later than we used to and, until we retire, most of us are not going to sell our homes (in fact two out of three retirees would like to age in place and not move). Finally, and this is a hypothesis that is not necessarily applicable today, but may well be over time, I believe we will see fewer homeowners moving so that they don’t lose the historically low interest rates that they have locked in on their mortgage.

In last year’s forecast, you suggested that 5 percent interest rates would be a 2019 story, not a 2018 story. How will the rise in mortgage rates affect trends in foreclosures and real estate investor activity this year?

A year ago I did think that rates would hit 5 percent in 2019; however, my latest model suggest that we won't get there until 2020 at the earliest. Given the fact that rates are unlikely to rise very much at all, I do not see any significant increase in foreclosure activity due to rising mortgage rates in the coming year. In aggregate, home buyers are far more qualified to service their mortgage obligations and any modest increases in rates will have negligible impacts. As far as investors are concerned, we have seen a drop in the share of investor purchases over the past few years (from 3.5 percent to 2.7percent) as home prices have continued to rise; essentially suggesting that the likelihood of significant returns will diminish.

While many suggest the housing market is headed for calamity and that another housing bubble is forming, you think otherwise. What are your reasons behind the optimism?

There are several reasons for my optimism here. If we look at what caused the housing bubble to form in the first place, such as excessive speculation and lax lending policies, and compare that to today, the differences are significant. Speculators are far less prevalent in the market and lending policies are far more onerous. Essentially, we are actually over-qualified for the mortgage debt that we are taking on so I just do not see any bubble forming.

That said, I remain very concerned about housing affordability in general. Home sales are slowing across the entire U.S., even in the face of relatively low inventory levels. The principal reason behind this is an increasing lack of affordability. This, unto itself, suggests that home price growth must slow, and it will. That, however, is a very different situation from the one we saw back in 2008.

What do you love most about being an economist?

Well, economics is a social science that I find fascinating as it does not purely depend on raw data, rather it also has to consider human nature. Simply put, my goal as an economist is to better understand how the world works and I absolutely love it!