While housing recovery has generally been uneven for the last few years, the housing market experienced substantial growth in the fourth quarter of 2014 for all five indicators of Trulia's Q4 2014 Housing Barometer, which was released on Thursday. Three of the five indicators – existing home sales excluding distressed sales, home price level, and delinquency plus foreclosure rate – are all more than three-quarters of the way "back to normal" as of the end of 2014.

The delinquency plus foreclosure rate, tracked by Black Knight Financial Services, increased up to 76 percent in Q4 from 59 percent a year earlier. This can be attributed to the declining number of underwater borrowers, according to Trulia. Employment among millennials, tracked by the Bureau of Labor Statistics, skyrocketed in Q4 up to 43 percent from its previous-year level of 26 percent. This is a key metric for housing recovery because new household formation, and subsequently home purchase, depends on this demographic being employed.

Three government agencies – the Office of the Comptroller of the Currency, the Federal Reserve, and the Federal Deposit Insurance Corporation – will host an outreach meeting February 4 at the Federal Reserve Bank of Dallas to discuss their collective effort to reduce regulatory burden placed on them by the Economic Growth and Regulatory Paperwork Reduction Act of 1996. At the Dallas meeting, industry participants and panel groups will offer panel presentations, and audience members or interested parties will have the opportunity to comment at the end of each one. 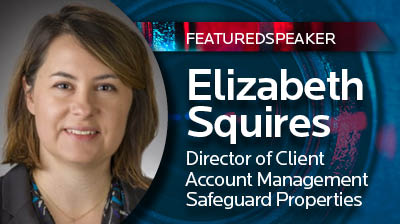 In the latest episode of DS5’s Inside the Industry, we’re speaking with Elizabeth Squires, Director of Client ...