While President Barack Obama failed to mention housing policy at all last month in his final State of the Union address last month, his proposed budget for Fiscal Year 2017 to be unveiled Tuesday calls for a substantial investment in housing. The president’s budget calls for a historic investment of $11 billion over the next 10 years to be invested in community-based, cost-effective strategies to invest in ending family homelessness.

HUD stated that such an investment will help the department achieve its goal by 2020 and maintain that achievement. The budget provides for assistance for 550 thousand families to transition from homelessness to opportunity, and it will allow HUD to significantly expand the availability of rapid rehousing and Housing Choice Vouchers, which are dedicated to helping families who are currently experiencing homelessness obtain homes.

The Office of the Comptroller of the Currency advanced three legislative proposals in 2015 in order to provide regulatory relief for insured depository institutions, according to the OCC’s 2015 Annual Report released on Monday. The OCC proposed an exemption to the Volcker Rule and an extended exam cycle for community depository institutions and also a modification to a law that would give federal savings associations authority to diversify their portfolios without changing their charters or supervisors. 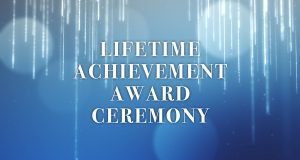