Federal Reserve Chair Janet Yellen addressed the subject of the much-anticipated federal funds range increase in two separate Congressional hearings this week. Yellen said that more economic improvement, particularly in the labor market, is needed along with confidence that the objective of 2 percent inflation can be met over the medium term. She said the Federal Open Market Committee would determine on a meeting-by-meeting basis if progress toward that goal is sufficient enough to raise the rates.

The target range for the federal funds rate has remained near zero since December 2008, right at the beginning of the financial crisis. Senate Banking Committee Chairman Richard Shelby said the Fed's continuing to hold interest rates down could have an adverse effect on the economy, particularly on household savings. Shelby noted that the FOMC has stated it would adjust its interest rate policy when the unemployment rate fell below 5 point 6 percent. The BLS reported an unemployment rate of 5.3 percent in June.

With the announcement of a $1.56 billion credit risk sharing transaction under the Connecticut Avenue Securities series, Fannie Mae has now issued $10 billion in notes on single-family mortgage loans through CAS totaling more than $390 billion since the program began in October 2013. The transaction is a step for Fannie Mae toward increasing the role of private capital in the mortgage market through credit risk transfers in order to reduce taxpayer risk, as set forth by its conservator, the Federal Housing Finance Agency. 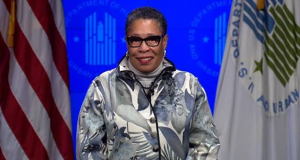