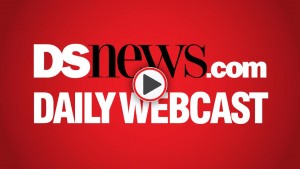 Most analysts and economists are predicting a rate liftoff by the Federal Reserve in December after nine years of at or near zero short term interest rates. Recent mixed macroeconomic data, which includes many housing metrics, may delay that liftoff until 2016, however, according to National Home Builders Association Chief Economist David Crowe.

The first estimate for GDP growth in the third quarter came in at a weak 1 point 5 percent. The Bureau of Labor Statistics reported a better-than-expected total of 270 thousand jobs added in October, but the labor force participation rate is down 50 basis points from last year’s average. Pending home sales declined for the second consecutive month in December. However, mortgage interest rates remain low and consumer confidence data shows an increasing number of consumers who plan to purchase a home in the near future.