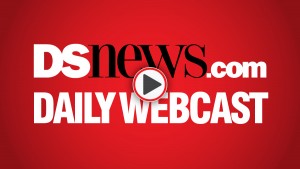 The state of Ohio is taking steps to remedy the vacant and abandoned property crisis, and the rest of the country may follow suit. A bill that would reduce foreclosure timelines and therefore shorten the amount of time that residential properties remain vacant in Ohio passed by a unanimous 88-0 vote in the Ohio House of Representatives earlier this week. Ohio HB 134 is the second attempt at passing a fast track foreclosure bill in the state of Ohio in order to expedite the residential foreclosure process after a similar bill failed last year in the Ohio Senate.

The legislation, if it passes in the Ohio Senate, would reduce the lengthy foreclosure process in Ohio from its current timeline of two to three years or longer down to as low as six months in many cases. Ohio’s bill raises the possibility of fast track foreclosure legislation at the national level. Five Star Institute President and CEO Ed Delgado, who spoke on the topic of finding solutions for neighborhood blight and vacant properties at the National Property Preservation Conference in Washington, D.C. earlier this week, called Ohio HB 134, quote, an important template toward the introduction of a national course of solution for vacant and abandoned properties. Close quote

Federal Reserve Chair Janet Yellen is not the only one who disapproves of a bill that calls for more transparency from the Fed. Now the White House is threatening to veto H.R. 3189, known as the Fed Oversight Reform and Modernization Act, which is scheduled for a full House vote this week. The White House wrote that the bill would, quote, impose numerous, burdensome requirements for the Federal Reserve Board rulemaking authorities. Close quote