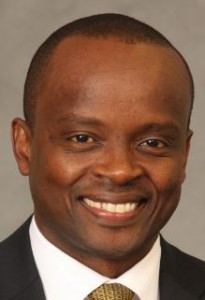 Peter Muriungi has been chosen as JPMorgan Chase’s new head of Mortgage Servicing to replace Mike Weinbach, who was named CEO of Chase’s Mortgage Banking division in December, the bank confirmed on Wednesday.

Muriungi joined Chase in 2013. Prior to being named head of Mortgage Servicing with Chase, he worked for the last year as the head of Shared Services with the Mortgage Banking Leadership team. His team played a key role in making sure that Chase met all the requirements of the National Mortgage Settlement and the Office of the Comptroller of the Currency’s consent order, which was enacted in June 2015. Chase was just released from the OCC’s consent order yesterday after the OCC determined that the bank is now in full compliance with the terms of the 2013 Independent Foreclosure Review.

“Under Peter’s leadership, we’ve made significant improvements in how we serve our customers, while meeting all regulatory requirements,” Weinbach said, also noting that Muriungi’s team has “successfully enabled us to tie how we do business with the regulations we follow.”

Prior to serving as head of Shared Services with Chase, Muriungi served the bank as the head of Remediation. In that role, Muriungi was a key figure in the management of investor relationships as well as portfolio sales and acquisitions strategies. Also in that role, Muriungi implemented Dodd-Frank’s required default mortgage servicing rules.

Muriungi’s positions prior to joining Chase included SVP of Special Portfolio Management and Servicing Strategies with GMAC Mortgage and SVP of Strategy and Analytics and EMC Mortgage Corporation. He has an MBA from East Texas Baptist University and a bachelor’s degree in International Business from the United States International University in Kenya.

Previous: What Will it Take to Get Private Capital Back into Jumbo RMBS in 2016?
Next: HUD’s Distressed Sales Program Weathers Criticism