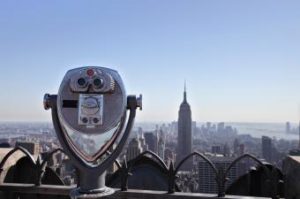 According to PropertyShark’s annual foreclosure report released this week, the Big Apple had 3,306 homes scheduled for auction last year, a year-over-year increase of 58 percent.

PropertyShark releases quarterly reports on the state of foreclosures in New York City, and Q4 2017 reflected ongoing trends toward rising foreclosures in the city, with year-over-year increases in every borough except Manhattan.

After peaking in 2008, New York City foreclosures began dropping year-after-year until they bottomed out in 2012. They’ve been increasing slowly ever since. The 2017 total of 3,306 New York homes scheduled for auction is nearly twice the 2015 total of 1,762.

New foreclosure auctions in Brooklyn nearly doubled over 2016’s totals. PropertyShark reports 827 Brooklyn homes scheduled for auction in 2017, the highest number in the past decade. The previous record came in 2008, which only hit a high of 460 properties on the auction block for that year.

Staten Island stands out with a massive 134 percent increase in the number of homes scheduled for auction, jumping from 183 to 428 between 2016 and 2017. It’s worth noting, however, that this still doesn’t beat Staten Island’s record for first-time foreclosures—that was set in 2008 when the total hit 616.

Queens and the Bronx both saw foreclosure increases of around 40 percent. Queens has the highest number of homes in foreclosure of any of New York’s boroughs, leaping from 898 in 2016 to 1,260 in 2017. Even at a 40 percent increase, that total is still well behind the 2008 record of 2,284.

As for the Bronx, new foreclosures increased 44 percent for the borough, totaling 650 properties scheduled for auction. That’s up from 451 in 2016. The Bronx had a relative calm 2008 compared to many of the other boroughs, having logged only 251 first-time foreclosures in that year.

Manhattan, however, defied the trends and saw the rate of new foreclosure auctions remain flat year-over-year.

Throughout New York City, PropertyShark reports that the number of homes entering the foreclosure process with the receipt of a lis pendens notice—a formal notice of intent to foreclose, sent from the lender to the borrower after several months of delinquency—continued the downward trend of previous years. New York City recorded 12,072 new filings in 2017, which amounted to a four percent year-over-year decrease. That’s the lowest total in a decade, with the exception of 2011’s 10,911 filings throughout the city.