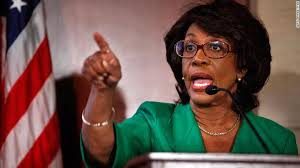 Rep. Maxine Waters, Chairwoman of the House Financial Services Committee, said during its Tuesday hearing that the affordable housing crisis has come during a time when the homeless population rose 2.7% in 2019.

“While more than half a million people have no place to call home, there are millions more who are on the brink of experiencing homelessness because they cannot afford to pay rent,” Waters said.

Water said, according to the National Low Income Housing Coalition, more than 10 million low-income households are severely cost burden and spend more than 50% of earning on housing.

Waters added that “Congress has failed to prioritize this issue,” and continued to underfund programs that give people access to housing.

Waters’ proposed legislation—HR 1865—would give $13 billion for new programs, serve people experiencing homelessness, and increase the supply for affordable housing.

Committee member Patrick McHenry said while the economy is performing well and wages are rising, “housing affordability challenges are real.”

He added that high-cost cities and states, such as California and New York, are making matters worse by enacting “counterproductive, regulatory, and zoning laws” that decrease the amount of housing, cause housing costs to rise, and low-income families to be kicked out of their homes.

“If we want to fight inequality, lets build more housing so that low-income Americans have the chance to live in high-opportunity cities where they work,” McHenry said, adding that higher-density housing is needed so people can live closer to where they work.

Virginia is the most recent example of this, as HB 152 would allow duplex homes, townhouses, and cottages in any place currently zoned for single-family housing.

A City Lab report states Virginia is struggling with affordability and shortages, with interest in the market growth with the pending arrival of Amazon’s HQ2.

“This is obviously a good problem to have. We’ve attracted a lot of people to this area that people find to be desirable,” said House Delegate Ibraheem Samirah, the author of the bill.

ATTOM’s latest Rental Affordability report found that buying a home is more affordable is just 53% of the 8556 counties surveyed.

However, among the counties with populations of at least 500,000, the scales tip in favor of renting. For 69% of these more populated counties, renting is the better option.