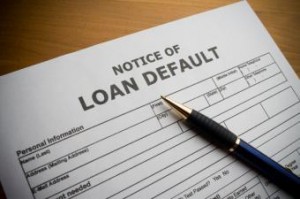 December painted a different picture for consumer credit default than November, with most indices either holding steady or doing an about face from the previous month, according to the S&P Dow Jones Indices and S&P/Experian Consumer Credit Default Indices for December 2015 released Tuesday.

For the remaining two indices that make up the composite rate, the default rate on auto loans was unchanged over-the-month in December at 1.04 percent while the bank card default rate plummeted by 42 basis points down to 2.49 percent.

"The first mortgage move was not unusual given past patterns,” said David M. Blitzer, Managing Director & Chairman of the Index Committee at S&P Dow Jones Indices. “There were no seasonal patterns or other concerns that stand out."

Blitzer continued, “The consumer economy looks good. Consumer credit default rates are low and stable, and consumer sentiment measures are upbeat. Personal consumption expenditures rose 2 percent in 2015 (December to December) with spending on durable goods up 4.8 percent for the same period. Auto sales continued strong at the end of last year. Real disposable personal income rose 3.7 percent in the year to the third quarter of 2015. There was no response among consumers to the Fed’s recent rate increase, no rush to apply for mortgages.”

“While the economic news on Main Street is good, the New Year opened with turmoil on Wall Street as stock prices dropped in the opening week and the market crossed the 10 percent correction mark in the second week,” Blitzer said. “The two factors being cited for weakness on Wall Street are the strong dollar and weak oil prices. For consumers, both of these are good stories—cheap gas and lower prices on imports. Other parts of the economy also favor consumer spending: the unemployment rate is down to 5 percent and the weekly initial unemployment claims reports signal further economic growth. Inflation remains low, lower than the Federal Reserve would like. Consumers aren’t showing any signs of anxiety driven by the stock market.”

Previous: Trulia Names New Chief Economist
Next: With Settlements Behind Them, Morgan Stanley and Bank of America Post Solid 2015 Results