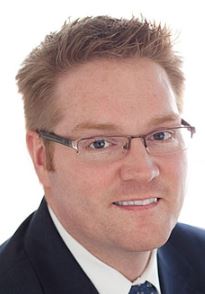 In addition, he will guide the launch of a new and innovative division of Westcor which will represent the first of its kind in the title insurance industry.

Prior to joining Westcor, Peterson was the co-founder, president, and CEO of Avenue 365 Lender Services, a national title insurance agency. There, he created a national origination services division which provided traditional title insurance and settlement services to the origination marketplace, as well as a Default Services division which provided products and services to the institutional investor marketplace.

Prior to Avenue 365, Peterson was the Co-founder and ultimately CEO of Smartertitle.com, another national title insurance agency which he sold to a top 5 mortgage originator in 2008. He earned a Bachelor of Science degree from Swarthmore College and is a licensed title insurance producer in 32 states.

“We are extremely excited to have Ryan joining the senior executive team at Westcor,” said Mary O’Donnell, President and CEO of Westcor Land Title Insurance Company. “Ryan has proven himself as an innovative thinker in the title insurance industry through his successful launch and leadership of two national title insurance agencies. Ryan will bring that same energy, passion, and tireless quest to create new solutions to the new divisions which he will foster and oversee at Westcor.”