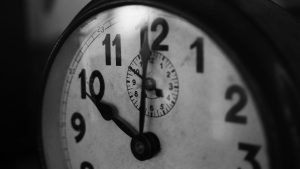 The Federal Housing Finance Agency (FHFA) has announced that Fannie Mae and Freddie Mac will extend their moratoriums on single-family foreclosures and real estate owned (REO) evictions through February 28. The moratoriums were set to expire on January 31.

The FHFA is projecting the GSEs will carry additional expenses of between $1.4 billion and $2 billion due to the existing COVID-19 foreclosure moratorium and the latest extension. However, FHFA Director Mark Calabria put the human costs related to the COVID-19 pandemic before the financial costs to the GSEs.

“To keep our communities safe, and families in their homes during the COVID-19 pandemic, FHFA is extending Fannie Mae and Freddie Mac's foreclosure and eviction moratorium," said Calabria in a press statement.

Separately, Calabria’s time at the helm of the FHFA might be coming to an abrupt close. According to a Bloomberg report citing anonymous “people familiar with the matter,” President-elect Joe Biden’s domestic policy team have been reviewing strategies on ousting Calabria from his position. Calabria is a Trump appointee from 2019 and his terms expires in 2024, and the FHFA director is not a position that allows the president to remove the office holder at will.

However, a case before the U.S. Supreme Court will determine if the FHFA director can be removed in the same manner as the director of Consumer Financial Protection Bureau (CFPB). Last year’s Supreme Court ruling on ruling last year on Seila Law V. CFPB determined that a president can remove a CFPB Director at will instead of for a specific cause. The Bloomberg report speculated that the Biden team is eager to replace Calabria, a former chief economist for Vice President Mike Pence, with either Susan Wachter, a professor at the University of Pennsylvania’s Wharton School of Business, or Mark Zandi, chief economist at Moody’s Analytics.

A Biden transition spokesperson declined to comment on the story and an FHFA spokesperson insisted that Calabria was committed to completing his full term.