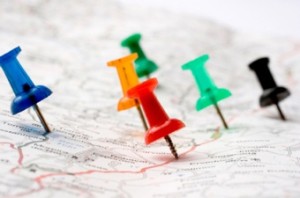 Home price expectations have been revised upward for 2014, but indicators still point to a slowdown in appreciation.

"The future HPI [Home Price Index] forecast continues to show good appreciation, but the markets appear to be topping out for now," said Eric Fox, Veros' VP of statistical and economic modeling and author of the company's VeroFORECAST. "The continued appreciation demonstrates the overall health of the real estate market, but it is important to note that this is just a slight increase from last quarter's national forecast, indicating much slowing in the forecasted rate of increase."

Currently, just more than 90 percent of markets are slated for appreciation, Fox added.

For 2014's five strongest markets, Veros is looking west. The top projected market for the year is the San Francisco area, which is expected to see price growth of 13.4 percent. San Jose is slotted for the second-most growth (10.7 percent), while Seattle and Los Angeles are rated for 10.2 percent and 9.6 percent increases. Growth is those areas will be driven by their relatively lower unemployment rates, Veros said.

Also in the top five markets for growth is Midland, Texas, which is expected to experience 9.5 percent appreciation as its oil boom fuels employment.

On the other hand, persistent unemployment and low demand will continue to plague markets in the Northeast. Atlantic City, New Jersey, is projected to see the highest rate of depreciation at 1.7 percent--along with Kingston, New York.