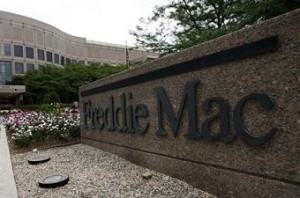 [1]Urban Institute reported earlier this week [2] that the mortgage-related investment portfolios for both Fannie Mae [3] and Freddie Mac [4] continue to contract and were both well below their 2015 portfolio cap as of the end of November.

In December, the portfolio expanded at a compound annualized rate of 6.7 percent after contracting at rates of 37.8 percent and 35.8 percent in October and November, respectively. The aggregate unpaid principal balance in the mortgage-related investment portfolio is now valued at $346.9 billion following December's expansion, which represented about a $1.9 billion increase. The portfolio's value was still well below the cap for 2015 of $399.18 billion and slightly higher than the 2016 cap, which is $339.4 billion. It contracted at a rate of 16.1 percent monthly on average in 2015, according to Freddie Mac.

Freddie Mac's total mortgage portfolio also expanded in December following November's contraction which ended nine straight months of expansion. The total mortgage portfolio expanded in 10 out of the 12 months in 2015. The December expansion at a rate of 6.0 percent was the highest rate of expansion for any one month during 2015 and represented a monthly increase of about $9.5 billion, up to a value of about $1.941 trillion.

The serious delinquency rate on single-family mortgages backed by Freddie Mac dropped by another four basis points from November to December, from 1.36 percent down to 1.32 percent.