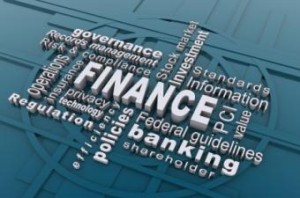 CFPB’s latest Supervisory Highlights report [2] covers supervision work completed between July and October 2013—after its servicing rules were first published but before they actually went into effect.

The bureau says it uncovered a number of “unfair and deceptive practices” in that time.

“Problems in mortgage servicing have plagued consumers for years and helped contribute to the financial crisis,” said CFPB Director Richard Cordray. “Taking action against mortgage servicing practices that harm consumers is a key priority for the CFPB. Especially under the detailed protections of our new rules, we expect services to clean up their act and provide responsible customer service.”

Among the findings, CFPB says its examiners found two servicers that were requiring borrowers to waive existing claims in order to get a forbearance or a loan modification agreement. According to the agency, the examiners found the waiver clauses too broad and “unfair as they were done without regard to individual circumstances.”

In addition, the bureau says its supervisory efforts revealed two cases of poor payment processing: one in which a servicer misrepresented payment plans in its marketing and another in which a servicer falsely told borrowers they would receive refunds from their escrow accounts.

In all problem cases, CFPB says the companies were alerted to the agency’s concerns, with investigations for potential enforcement actions being launched when appropriate.

In the July-October period last year, the bureau says non-public supervisory actions and self-reported violations resulted in $2.6 million in remediation to consumers.