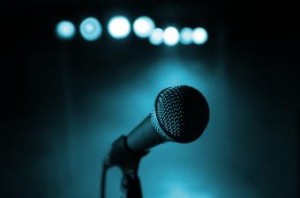 [1]The U.S. economy is currently facing several headwinds along with volatility in financial markets, but this should not prevent rate hikes from occurring down the road, according to Kansas City Fed President and CEO Esther George in a speech delivered in Kansas City on Tuesday [2].

“While taking a signal from such volatility is warranted, monetary policy cannot respond to every blip in financial markets,” George said. “Instead, a focus on economic fundamentals, such as labor markets and inflation, can help guard against monetary policy over- or underreacting to swings in financial conditions.”

Despite those headwinds, which include low oil prices, which benefit consumers but weigh on oil producers; lower orders from abroad for many exporters in the U.S. due to the rise in the foreign exchange value of the U.S. dollar; and slower foreign demand for U.S. goods, George said she believes the U.S. economy “remains on track due to strong job gains,” which picked up in the last three months of 2015.

In addition to job growth, there are more positives for the economy among all the headwinds.

“Low gasoline prices and signs of faster wage growth should also add to consumers’ ability to increase spending,” George said. “And although financial markets have been volatile, household wealth remains at a high level, and house prices have been rising over the past four years. Certainly, the gains in jobs, wages and wealth have not been equally shared across households during the recovery, but overall, the general health of households’ financial situations is much improved since the financial crisis.”

“My own view is that a pickup in economic growth, steady job gains and modestly higher core rates of inflation will warrant further increases.”

George’s speech came one day after Fed Vice Chairman Stanley Fischer told an audience in New York [3] that “the federal funds rate is likely to remain, for some time, below the levels that we expect to prevail in the longer run.” In her speech, George echoed Fischer’s sentiments that “monetary policy remains accommodative,” noting that “real interest rates continue to be negative and the Federal Reserve’s large portfolio of Treasury and mortgage-backed securities keeps downward pressure on longer-term rates.”

On the topic of future rate increases, George said, “In communicating its intentions for further rate increases, the Committee has noted that it expects economic conditions will warrant only gradual increases in the fed funds rate, although adjustments ultimately depend on the incoming data. My own view is that a pickup in economic growth, steady job gains and modestly higher core rates of inflation will warrant further increases.”

She added, “The exact timing of each move, however, is subject to the economic environment.”

Click here [2] to view the entire text of George’s speech.