When the coronavirus pandemic prevented many Americans from working, many wondered what would happen in the housing market. After all, no employment, no paycheck, no paying the mortgage. The Federal Housing Finance Agency (FHFA) says that calculating the number of Americans who are having difficulty paying for their homes may be difficult considering new rules and regulations related to the pandemic response.

Data presented in the figure below, drawn from the National Mortgage Database (NMDB) sponsored by FHFA and CFPB, show the national impact of these components of the CARES Act.  The data shown are based on what the past-due status of mortgages reported to the credit bureaus would be if a credit report were pulled for every borrower on the last day of the month. 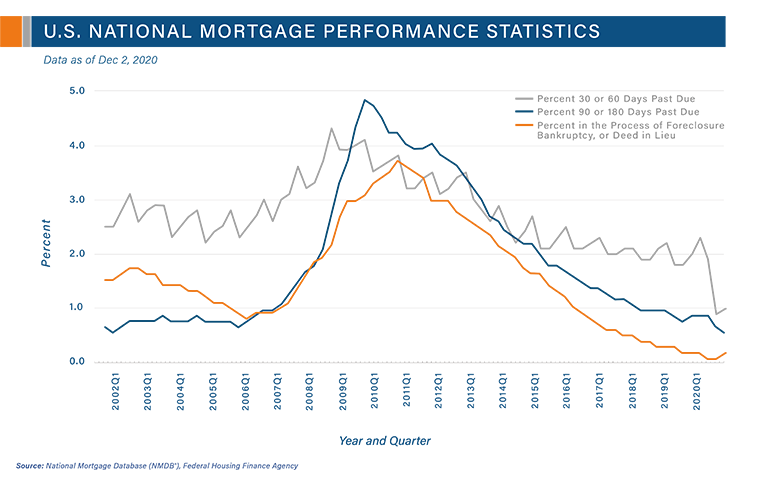