Ongoing regulatory scrutiny along with allegations of servicing violations have resulted in the removal of Ocwen Financial from Morningstar Credit Ratings' Alert and the lowering of the Atlanta-based servicer's operational risk assessment rankings, according to an announcement from Morningstar on Friday.

New York-based Morningstar's announcement came just one day after Ocwen CEO Ron Faris told his company's stakeholders that he expected Ocwen's earnings in Q4 to take a hit based on mounting regulatory pressures, expenses, and a ratings downgrade by Fitch Ratings earlier this week.

"The forecast for all four rankings is Negative," Morningstar said in the announcement. "Morningstar believes continuing regulatory scrutiny, litigation by mortgage bond investors, the increasing cost and associated liquidity pressures of servicing loans amid several regulatory settlements, and management and staff departures could have further negative consequences to OFC's residential mortgage servicing business. Morningstar will continue to monitor developments as they occur."

The rankings were originally placed on Alert in December 2014 after the announcement that Ocwen had reached a $150 million settlement with the New York Department of Financial Services to settle claims of mortgage servicing violations and issues related to corporate governance. The settlement was announced following a two-year investigation by the New York DFS and the terms also included the departure of Ocwen's Chairman Bill Erbey in January. Erbey founded Ocwen in the mid-1980s.

On January 23, 2015, Ocwen settled with the California Department of Business Oversight for $2.5 million to resolve claims of non-compliance with regards to mortgage servicing practices. As part of that settlement, Ocwen will be subject to third-party compliance review and will require regulatory approval for acquisition of any additional loan servicing rights in California. The same day that settlement was announced, a group of major investors issued a note accusing Ocwen of failing to collect payments on $82 billion worth of home loans. Ocwen fired back at the investors, calling the claims "baseless" and accusing the investors of pushing homeowners into foreclosure.

Previous: Counsel’s Corner: Rolling With the Changes in an Ever-Evolving Default Servicing Industry
Next: Judge Dismisses Most Claims Against Bank of America in RMBS Suit 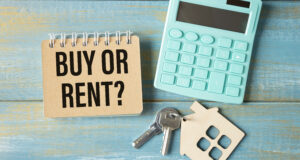