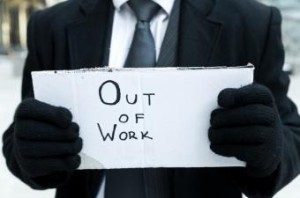 The Bureau of Labor Statistics’ [1] (BLS) Friday jobs report shows another disappointing month of growth in January—and this one can’t all be blamed on the weather.

The unemployment rate edged down slightly to 6.6 percent. Since October, the jobless rate has fallen more than half a percentage point, largely thanks to declines in the number of people counted as being part of the labor force.

There’s a little bit of good news, though: After falling in December the civilian labor force participation rate inched up slightly to 63 percent, with 499,000 people entering the work force.

With the next Federal Open Market Committee (FOMC) meeting to be held in March, it remains to be seen how January’s data will influence the Federal Reserve’s stimulus program.

In its last meeting [3], the committee brushed aside December’s dismal report as an anomaly in the midst of otherwise active economic growth. However, with the latest data indicating weakening, Fed officials may feel compelled to hold off on future cuts to asset purchases.

Despite the cold conditions, the construction sector fared particularly well last month, growing by 48,000 jobs to offset a decline of 22,000 in December. Residential building jobs grew by 13,000.

Meanwhile, federal government employment continued to trend down, losing 12,000 jobs throughout the month.