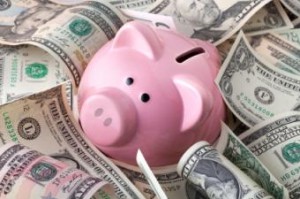 The Office of the Comptroller of the Currency (OCC) advanced three legislative proposals in 2015 in order to provide regulatory relief for insured depository institutions, according to the OCC’s 2015 Annual Report titled “Safe, Sound, Fair” released on Monday.

The OCC and several other government agencies reviewed their regulations in 2015 as required by the Economic Growth and Regulatory Paperwork Act (EGRPRA) of 1996 in order to identify outdated or burdensome regulations for depository institutions.

“If it is clear that a regulation is unduly burdensome, and if we have the authority to make changes to eliminate that burden,” Comptroller of the Currency Thomas Curry said. “We will act.” Curry promised to “work with Congress to remove unnecessary burdens” when such changes require legislative action.

The second legislative proposal extends the examination cycle for community banks. Currently, banks with more than $500 million in total assets must be examined at least once every 12 months. For banks with fewer assets, institutions designated as “well capitalized, and institutions with high supervisory ratings, the period is once every 18 months. The OCC proposed that Congress raise the asset threshold from $500 million to $750 million for the extended exam cycle in order to qualify more well-managed banks for the extended exam cycle.

For the third legislative proposal, the OCC recommended that Congress exempt community banks from the Volcker rule, which is the provision of the Dodd-Frank act that prohibits banks from engaging in speculative investments for their own benefit. The OCC proposed that banks with less than $10 billion in assets (and typically do not engage in the complex trading covered by the Volcker rule) should be exempted from the Volcker rule, provided that the institution is not controlled by an institution with more than $10 billion in assets.

The OCC “does not believe [community banks] should have to commit resources to determine if any compliance obligations under the rule would apply,” given “the nominal risk that [community] institutions could pose to the financial system,” according to Toney Bland, Senior Deputy Comptroller for Midsize and Community Bank Supervision.

The OCC, the Fed, the FDIC, and the Federal Financial Institutions Examination Council are required to review regulations every 10 years under the EGRPRA in order to identify outdated or otherwise unnecessary regulatory requirements for depository institutions. The agencies divided the regulations into 12 categories and published four groups of three in the Federal Register asking for comment, then held six EGRPRA outreach meetings in Los Angeles, Boston, Kansas City, Dallas, Chicago, and Arlington, Virginia, in a one-year period from December 2014 to December 2015.

Tagged with: Depository Institutions EGRPRA Office of the Comptroller of the Currency Regulatory Relief