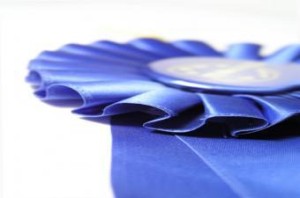 USFN [1]recognized several of its own at its annual Member Education Retreat & Annual Meeting, bestowing honors upon four USFN members and one member company.

USFN president Marcy Ford presented the awards to each individual during the organization’s awards ceremony.

Among the recipients was Michael L. Zevitz, Esq., who won USFN’s Member of the Year award “for representing the epitome of volunteerism and leadership among the members of USFN.” An attorney and shareholder at South & Associates, Zevitz was selected for the honor “in recognition for going ‘above and beyond’ the high standards of participation and service to the industry and to his member-peers,” USFN said in a release.

Lee Perres of Pierce & Associates, P.C., was named Committee Chair of the Year for his work in meeting the goals established by USFN’s board and his committee. According to the group, Perres “was recognized for his ability to collaborate diligently with the USFN staff and for his encouragement to the members of his committee to work on behalf of all USFN members and the Board in a timely fashion, with creativity, professionalism and accuracy.”

Next on the list was Dale Dykema, chairman of T.D. Service Company, who USFN selected as the first 2013 recipient of the Lifetime Achievement Award. Established in 1999, the award is given out as recognition of an individual’s contributions to the mortgage banking industry throughout his or her career.

“To be considered for the Lifetime Achievement Award, the recipient must display that he or she is an active participant in the industry, serving as a catalyst for change within the industry, while also supporting the efforts of USFN. Dale Dykema certainly fits this description,” the organization said.

Receiving the Founder’s Award was Sampson & Rothfuss’ Richard M. Rothfuss. Awarded to individuals whose service epitomizes the character and ideals of the USFN Founders, the honor was given to Rothfuss as a nod to his “deep commitment to USFN and its mission, while serving as an instrumental contributor to the organization’s successes.”

Finally, USFN announced the winners of its Associate Member of the Year award: NetDirector and its president, Harry Beisswenger, were honored for their work in serving as a liaison and vendor resource to USFN members and the industry.

“NetDirector has been very supportive in supplying needed expertise in data communications and bringing this knowledge to USFN’s seminars and education publications,” the group said. “This award honors this USFN Associate Member firm that has gone beyond the norm in actively contributing to USFN and its activities on every level, including financial and program support.”