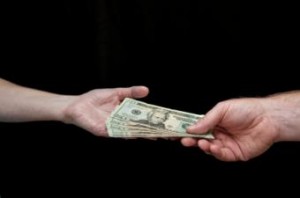 [1]Five of the nation's largest mortgage servicers will pay more than $123 million to 952 service members and their co-borrowers as part of a settlement with the U.S. Department of Justice [2] over non-judicial foreclosures that violated the Servicemembers Civil Relief Act (SCRA [3]), according to an announcement [4] from the Justice Department.

The five servicers who agreed to pay the penalty as part of the settlement were JPMorgan Chase, Citi, Wells Fargo, GMAC Mortgage, and BAC Home Loans Servicing (a division of Bank of America, formerly known as Countrywide Home Loans Servicing), according to the Justice Department.

"These unlawful judicial foreclosures forced hundreds of service members and their families out of their homes," Acting Associate Attorney General Stuart F. Delery said. "While this compensation will provide a measure of relief, the fact is that service members should never have to worry about losing their home to an illegal foreclosure while they are serving our country.  The department will continue to actively protect our service members and their families from such unjust actions."

Service members who are either in military service or within the applicable post-service period are protected under Section 533 of the SCRA, provided they originated their mortgages prior to the beginning of their period of military service. The SCRA prohibits servicers from foreclosing on protected service members even in states that allow non-judicial foreclosures to proceed. The non-judicial foreclosures in question took place between January 1, 2006, and April 4, 2012, according to the Justice Department.

"We are very pleased that the men and women of the armed forces who were subjected to unlawful non-judicial foreclosures while they were serving our country are now receiving compensation," Acting Assistant Attorney General Vanita Gupta of the Civil Rights Division said. "We look forward, in the coming months, to facilitating the compensation of additional service members who were subjected to unlawful judicial foreclosures or excess interest charges.   We appreciate that JP Morgan Chase, Wells Fargo, Citi, GMAC Mortgage and Bank of America have been working cooperatively with the Justice Department to compensate the service members whose rights were violated."

Under the terms of the NMS, the identified service members who had mortgages serviced by Wells Fargo, Citi, and GMAC Mortgage will each receive $125,000, plus any lost equity on the property and the interest on the lost equity, according to the DOJ announcement. Eligible co-borrowers will also receive compensation for their share of lost equity. Service members who had mortgages serviced by JPMorgan Chase will receive either the property free and clear of debt or the cash equivalent of the home's full value at the time of sale. They will also have the opportunity to submit a claim to be compensated for any additional harm they may have suffered, according to the DOJ.