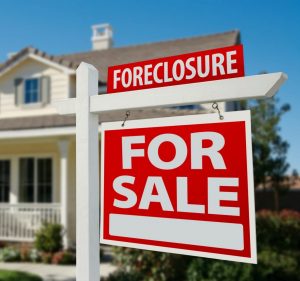 ATTOM, along with its subsidiary RealtyTrac, has released its latest Foreclosure Market Report for January which has found that there was a total of 23,204 properties with foreclosure filings against them, up 29% from December (which saw 17,971 filings) and up 139% from a year ago. Foreclosure activity has now surpassed numbers seen before the pandemic took hold of the nation two years ago.

According to Rick Sharga, the EVP of RealtyTrac, these gains can be explained by traditional seasonal fluctuations in foreclosures.

“The increased level of foreclosure activity in January wasn’t a surprise,” said Sharga. “Foreclosures typically slow down during the holidays in November and December and pick back up after the first of the year. This year, the increases were probably a little more dramatic than usual since foreclosure restrictions placed on mortgage servicers by the CFPB expired at the end of December.”

As a whole, banks repossessed 4,784 properties through the REO foreclosure process in January. This is up 57% from December and up 235% over the same period last year. This marks the seventh consecutive month with an annual increase in completed foreclosures.

“It’s very important to keep these numbers in context,” Sharga noted. “Foreclosure completions are still far below normal levels—less than half as many as in January of 2020 before the pandemic was declared, and about 60% lower than the number of foreclosure completions in 2019. We’re likely to continue seeing large year-over-year percentage increases for the rest of this year, but it’s also likely that foreclosure activity will remain below historically normal levels until the end of 2022.”

The results for foreclosure starts were mixed however; 33 states and Washington D.C. saw starts increase. Lenders started the foreclosure process on 11,854 U.S. properties in January, up 29% from last month and 126% from a year ago.

Data for the report was gleaned from data entered into the ATTOM Data Warehouse over the course of the year which covers more than 3,000 counties nationwide, or about 99% of the total papulation.