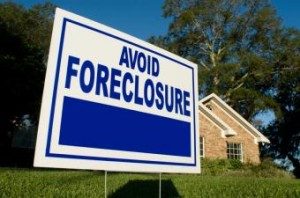 According to Boston Mayor Marty Walsh, foreclosures in his city have dropped to a 17-year low, due in part to city-wide programs, WCVB reports.

"I'm proud that through our work with homeowners, we have been able to reduce the number of foreclosures in Boston, and keep more families in their homes," Walsh said. "These results show that our programs and policies to prevent foreclosures and evictions are working. Housing stability is vital to ensuring Boston has strong neighborhoods and communities, and I want to thank the leadership and staff of the Boston Home Center and all of our provider partners who work so hard for Boston's homeowners every day."

Since 2019, the number of foreclosures executed against owner-occupant homeowners in Boston dropped from 35 to 17 year over year.

Foreclosures in Boston are heavily concentrated in black neighborhoods, according to the Joint Center for Housing Studies of Harvard University (JSHS), as over 80% of Boston’s foreclosures occured in just five of the city’s 15 planning districts, which make up just 30% of Boston’s housing units.

“Compared to the city as a whole, the high-foreclosure block groups were, on average, home to about half as many whites and twice as many blacks,” said David Luberoff, Deputy Director of the JSHS. “However, high-foreclosure block groups were not the city’s most disadvantaged areas, which have large numbers of publicly subsidized housing units that are not likely to be subject to foreclosure.”

According to Jackelyn Hwang, Assistant Professor of Sociology at Stanford, corporations were more likely to resell previously foreclosed properties to other investors and have reported maintenance issues against them. With this in mind, Hwang’s study alleges that “predominantly black neighborhoods hit hard by foreclosures in Boston were left further behind in the recovery from the housing crisis compared to other hard‐hit neighborhoods.