Even With Record-Low Rates, Most Metros Aren’t Affordable 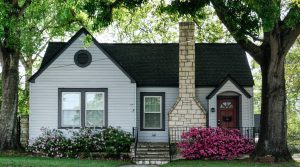 Interest rates on 30-year mortgages are at historic lows, but that hasn’t helped make homes any more affordable for the average American, according to the Federal Reserve Bank of Atlanta’s Home Ownership Affordability Monitor (HOAM) index.

Household incomes have dipped, and home prices have risen all over the country. In fact, the median household income at the end of November was down 5.4% from the same time the year before. And in contrast, the national median home price went up 14.1% in the same amount of time.

Yes, rates on fixed 30-year mortgages may have dropped to 2.8% by November’s end, but the financial strain on the average household income and the rise in home prices have erased any positive effects from lower rates, according to the index.

In other words, the median-priced home is simply unaffordable to the median-income buyer.

However, these are national averages. There are pockets of the country where homes are still affordable, even in populous metro areas.

Rochester, New York; Washington’s Spokane-Spokane Valley; and St. Louis, Missouri, all have populations over 500,000 and saw improvements in affordability (7.08 percent, 7.02 percent, and 6.63 percent, respectively). This is due to the lower interest rate and declining home prices.

So, why have homes priced themselves out of affordability across the country? Supply and demand. There simply aren’t enough homes available for eager buyers, and bidding wars ensued. Those with deeper pockets won, and that drove up the cost of homes around them.

December of 2020 saw a 23% drop in inventory, for example, and the supply shortage won’t be fixed in the near future, which means affordability will continue to be a problem for some time.

2021-02-12
Christina Hughes Babb
Previous: The Week Ahead: Mortgage Servicing in Coming Months
Next: 4 Hallmarks of an Exceptions SFR Services Provider