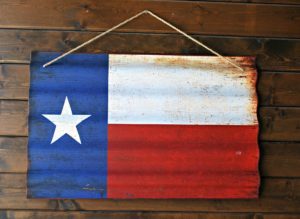 Some of the traditionally hot markets across the country saw slower growth in January, according to Realtor.com's latest hottest housing market rankings.

The report indicated that while the hottest markets in January included cities where housing was genuinely growing at an accelerated rate, it also represented hot markets that have begun to show signs of deceleration, with increasing supply and a slowing of home price growth as well as increased days on the market compared to a year ago. Typically, markets in this ranking see inventory move 14 to 55 days more quickly than the typical U.S. property and receive 1.4 to 2.4 times more views per property compared to the national average.

The report indicated that this type of deceleration in days spent on the market "hasn't been seen since Fall 2016." Additionally, of the 20 markets on this ranking, 11 are seeing properties move more quickly than last year. Yet, eight cities are seeing slowing growth in properties moving off the market with the biggest changes seen in the California markets of Vallejo, San Francisco, and Sacramento, where the time spent on market increased by 17, 15, and 10 days respectively.

While California markets still abound on this list, Rochester, New York; Fresno, California; Milwaukee, Wisconsin; and Spokane, Washington, made their debut in the top rankings as the hottest markets in the U.S. Chico, California, settled for the second spot on the list in January after it surged from 16th place to take the first rank in December due to "strong demand from  displaced families in the aftermath of the Camp Fire."

A four-day decrease in days on the market along with a 9 percent year-over-year rise in listing price had Midland, Texas reclaiming its top spot on the list. San Francisco, California; Fort Wayne, Indiana, Colorado Springs, Colorado; Sacramento, California; Yuba City, California; Columbus, Ohio; Spokane, Washington; and Odessa, Texas made up the balance cities among the top 10 hottest markets in the country.

Some of the most improved markets that made their way into the rankings included Cleveland and Cincinnati in Ohio; Milwaukee, Wisconsin; Philadelphia, Pennsylvania; and Charlotte, North Carolina.

Previous: FHFA: 30 Years of Protecting Homeowners
Next: What Amazon’s NY Farewell Means for the Housing Market