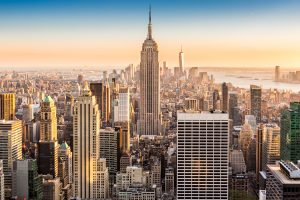 The report found foreclosure activity during Q3 2019 was overall flat in New York and first-time foreclosure in 2019 came in 6& lower than 2018.

Manhattan had the lowest number of foreclosures—149 cases in 2019. Queens led the nation in foreclosure cases with 1,164.

Also, 2019 saw New York City have its lowest foreclosure volume since 2016. First-time foreclosures trends in 2019 were more than double the amount recorded in 2014.

Brooklyn registered a 187% higher activity of foreclosure in 2019. Foreclosure activity in Staten Island was 313% higher than it was in 2014.

The report states that pre-foreclosure activity was the lowest volume since 2014. The 9,185 lis pendens filings in New York City was a 35% drop compared to 2014 numbers.

Brooklyn foreclosure fell 9% last year with 806 unique cases, which is the second-highest volume among the five boroughs. The foreclosure hotspot was in zip code 11236—including parts of Canarsie, Flatlands, Marine Park, Mill Basin, and Bergen Beach. These areas were responsible for 120 first-time foreclosures, or 15% of the borough’s annual volume.

Previous: A Proactive Approach to Loss Mitigation
Next: Fannie Mae Net Worth Rises to $14.6B