Green Bay Area Named Most Affordable in the Nation 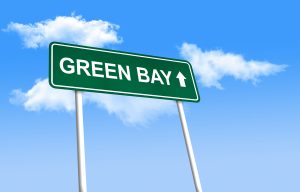 Data found Austin, Texas saw the biggest home price increase of any metro area in the U.S., with home prices rising 35.5% year-over-year, according to the data from OJO Labs real estate search site Movoto. The steep rise in home prices also moved Austin ahead of Seattle on the list in terms of unaffordability, however, the hot Texas market still sits outside the top 10 in terms of least affordable metros areas in the U.S. 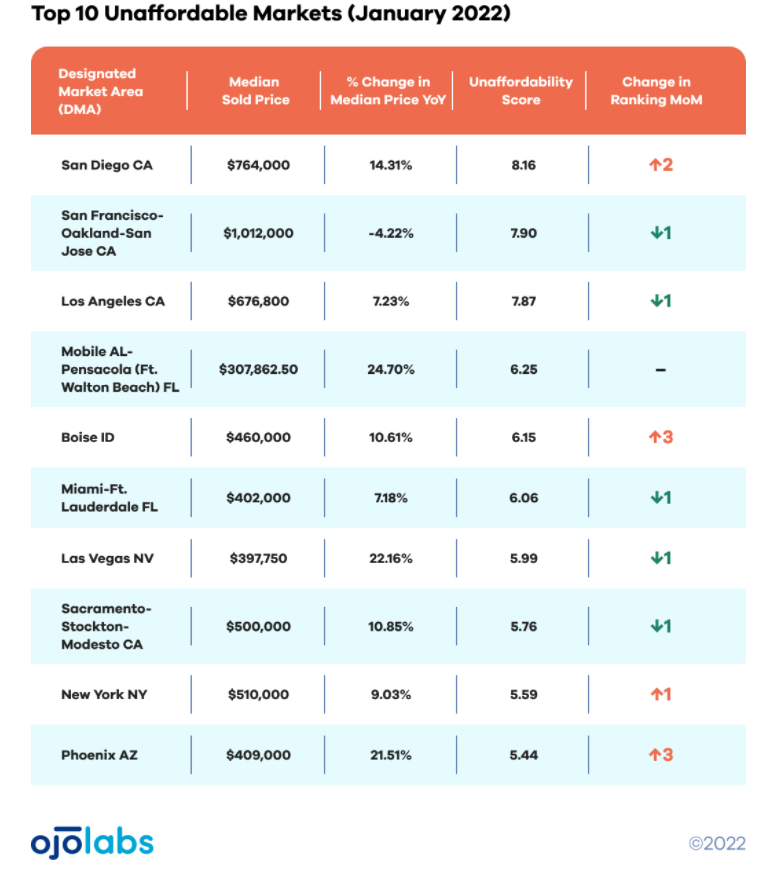 Green Bay-Appleton, Wisconsin continued to be the most affordable of the top 50 metro areas in the nation in terms of homes sold. The median home sold price in Green Bay-Appleton in January was $149,900, an increase of 11.9% from last year.

The remaining affordable markets in the top 50 metros were:

Outside of San Francisco, the only other metro area to see prices fall year-over-year was Fort Myers, Florida, which saw the median home price sold fall 0.2%. Although Fort Myers was the 8th most affordable metropolitan area, San Francisco was the second least affordable, sitting at opposite ends of the spectrum. 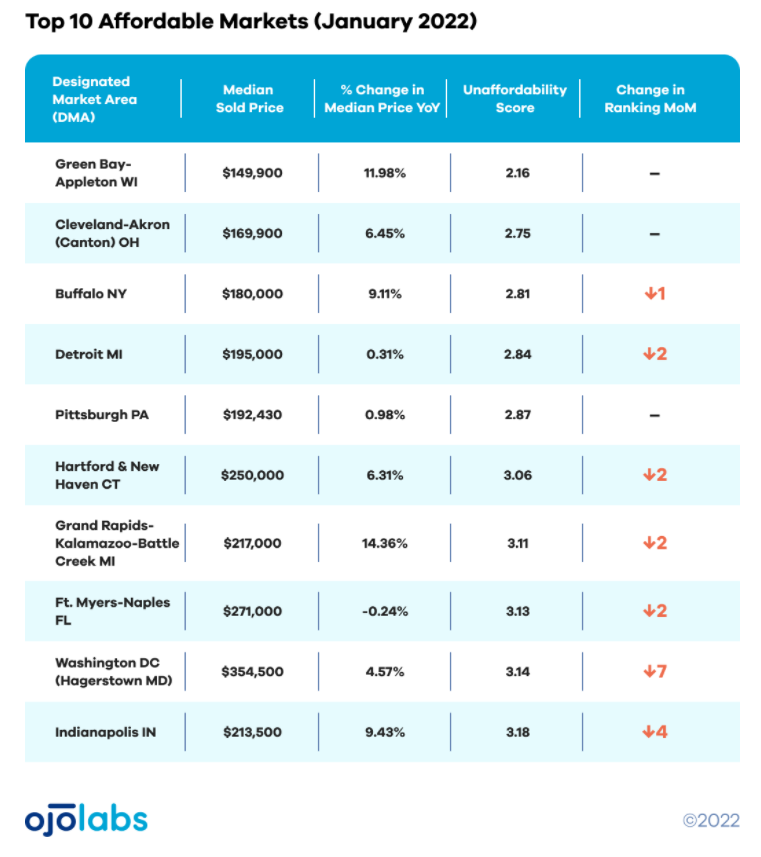 Nationally, the median annual home price increase dropped significantly from last month, but still remained high. Home prices rose an overall 10.5% year-over-year in January to $376,730, which is a significant drop from the 14.9% annual increase reported in December. The national unaffordability score also fell to 4.5 in January, after coming in at 4.9 last month.

Previous: Last Chance to Register: Taking an Empathetic Approach to Forbearance
Next: Is There Life Left in GSE Reform?