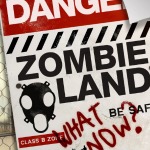 [1]New York Attorney General Eric Schneiderman [2] announced on Monday that he plans to introduce an expanded version of the bill he proposed last year [3] reduce the number of zombie properties in the state.

The goal of Schneiderman's new proposed Abandoned Property Neighborhood Relief Act is to cut down on the increasing number of residential properties that fall into disrepair when they are abandoned by owners during the foreclosure process and subsequently not maintained by mortgagees. Such properties are often referred to as "zombie properties."

Speaking at the New York State Association of Towns' 2015 Training School and Annual Meeting on Monday, where he announced his intention to introduce the expanded legislation, Schneiderman said the number of zombie properties in New York increased by almost 50 percent in 2014 compared to 2013, which amounted to about 16,700 zombie properties. Scheneiderman quoted data that in the 10 counties in New York with the most zombie properites, approximately 42 percent of properties in foreclosure are abandoned before the lengthy process is finished. When the bank fails to maintain these properties, they fall into disrepair, which in turn lowers property values of surrounding houses and invites vandalism and violent crime.

"Leaving zombie properties to rot is unfair to municipalities and unfair to neighbors, who pay their taxes and maintain their homes," Schneiderman said. "In the next two weeks, my office will resubmit to the Legislature our bill that would require banks to take responsibility for maintaining properties much earlier in the foreclosure process, take that burden off of towns and cities, and allow local governments to more easily identify the mortgagees of these properties to make sure they maintain them. And as my office enforces the requirement that banks take responsibility for these properties, any fines we levy will go into a fund to help towns and cities hire more code enforcement officers."

The proposed Abandoned Property Neighborhood Relief Act addresses the problem of homeowners who may be unaware of their legal rights abandoning their homes once they receive a foreclosure notice. The new bill requires mortgagees to provide homeowners with early notice that they are legally entitled to remain in their homes until a court orders them to leave. Also as part of the new bill, mortgagees are required to identify, secure, and maintain vacant properties soon after they are abandoned rather than at the end of the foreclosure process. The bill requires mortgagees and their loan servicing agents to periodically inspect properties with delinquent mortgages to ensure that they are occupied. The bill also makes it unlawful for a mortgagee or anyone acting on the mortgagee's behalf to enter an occupied property and intimidate, harass, or coerce a lawful occupant into vacating the property.

"Many vacant and abandoned properties are a significant source of blight, magnets for criminal activity, negatively impact property values and detract from residents overall quality of life," Binghamton Mayor Richard C. David said. "This issue impacts cities across the nation and the Attorney General’s proposal to hold mortgage lenders more accountable and provide a strategy to keep these properties from deteriorating will ultimately protect homeowners and improve the integrity of our neighborhoods."

The Abandoned Property Neighborhood Relief Act is part of Schneiderman's broader strategy [4] to help New York homeowners and communities recover from the foreclosure crisis, according to Schneiderman's announcement. His other actions toward obtaining this strategy include securing $2 billion in a National Mortgage Settlement to help financially struggling families and dedicating $100 million [5] of that money to the Homeowner Protection Program (HOPP), which provides housing counseling and free foreclosure prevention legal services to struggling homeowners in New York. According to Schneiderman's office, HOPP has helped 39,000 families in the state as of December 2014.