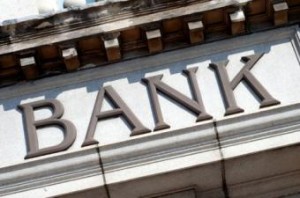 As the size of Bank of America [1]'s delinquent loans portfolio is shrinking, so is the megabank's workforce – late last week, the bank announced that it was laying off 250 employees from its delinquent mortgage loan division in its headquarters city of Charlotte, North Carolina.

The affected employees worked in the bank's Legacy Asset Servicing Division, which is the division at the bank that handles troubled loans, according to a release from the bank.

"The size of the delinquent mortgage portfolio has reduced to just 189,000 loans at the end of Q4, down from a peak of 1.4 million in January 2011," the bank said in a statement. "We continue to reduce the size of our mortgage servicing operations in line with the successful reduction of our portfolio of delinquent mortgage customers. We have a strong track record for working with employees to identify opportunities both inside and outside the bank."

Bank of America originally announced it was laying off 540 Legacy Asset Servicing workers in Charlotte last June. According to the bank, 150 of those employees were successfully transitioned to short-term roles which are now nearing completion; those 150 were included in the layoffs announced late last week.

A report in the Charlotte Observer [2] indicated that the number of employees in Bank of America's troubled mortgage division had declined by nearly two-thirds in slightly more than two years – from almost 50,000 in 2012 down to about 17,100 in December 2014. Meanwhile the bank's delinquent loans have also seen a 42 percent decline from the fourth quarter of 2013 to the fourth quarter of 2014, down to about 189,000, according to the report.

Bank of America augmented its troubled mortgage division in response to the financial crisis and in particular to handle the subprime loans the bank acquired when it bought out Countrywide in 2007. Bank of America has since had to pay billions in settlements to the Department of Justice over the packaging and selling of faulty mortgage-backed securities, largely due to the activities of Countrywide. That includes a record $16.65 billion settlement [3] with the DOJ in August 2014.