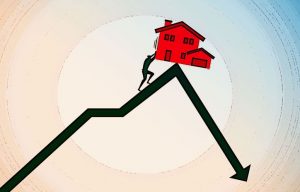 Homebuyers are facing another challenging shopping season, as Zillow revealed its latest monthly report showing record-breaking low inventory, and unprecedented price growth. The Zillow Home Value Index (ZHVI) rose 1.5% from December to January to $325,677, up 19.9% from a year ago. The annual growth rate represents an all-time high over the last 20 years, and the monthly pace continued to accelerate after reaching a low of 1.2% in November.

It's predicted that if monthly price growth holds steady at January's pace, annual growth in 2022 would be approximately 19%. Home values are up 30.9% since January 2020—totaling nearly $77,000.

"Home buyers today are making bids and closing deals despite some of the most challenging conditions ever: record-few homes for sale to choose from, priced at double-digit gains from last year, financed at sharply rising mortgage rates," said Jeff Tucker, Senior Economist at Zillow. "It remains to be seen how long buyers can weather this storm, and how long homeowners will watch values rise before deciding to list. Neither have blinked yet. Expect another sizzling hot spring shopping season."

The rising heat in the market is affecting consumers nationwide, while monthly home value growth accelerated from December to January in 38 of the nation's 50 largest metropolitan areas. Among these, the fastest monthly growth was in Nashville, San Diego and Las Vegas, all at 2.5%. The slowest growth was in Milwaukee, New York and Washington, D.C., all at 0.7%.

Inventory has plunged to record lows, as listings fell below 900,000. House hunters hoping for a range of options and relief from heightened competition after December's inventory drought instead saw the biggest decline in at least three years. Active inventory dropped 13%, the second consecutive double-digit monthly decline. Though inventory seasonally drops in the winter, active inventory is now 22% lower than a year ago, and 42.4% lower than January 2020. A sharp constraint in new listings hitting the market was the main cause, as rates are down 19% from December. January's flow of new listings was lower than any month since at least the beginning of 2019. 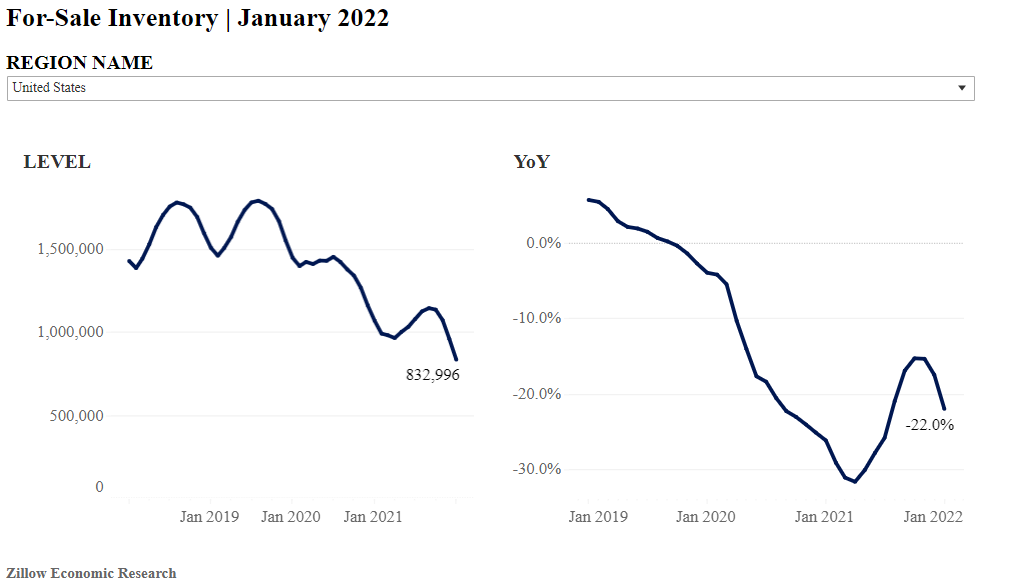 "If supply chains can untangle, builders should be able to complete and sell more homes this year than last," Tucker said.

Sales of existing homes in January are expected to be somewhat lower than in December and January 2021. At a seasonally adjusted annual rate, sales are starting the year roughly equal to full-year 2021 levels, which was the best year for existing sales since 2006. New home sales took a break from rising late last year as builders worked to complete the backlog of orders they booked in 2020, when they sold the most new homes in 14 years.

Monthly rent growth also slowed dramatically, falling from 0.9% in November and December to a nearly flat 0.1% in January—the lowest rate seen since October 2020. Year-over-year rent growth was 15.9%, slightly lower than a record-high 16% in December, making the average rent $1,856 per month.

Previous: Where Do Homeowners Pay the Most for Insurance?
Next: Natural Disasters in 2021 Sparked Nearly $60B in Damage