Home / Daily Dose / Where Do Homeowners Pay the Most for Insurance?

Where Do Homeowners Pay the Most for Insurance? 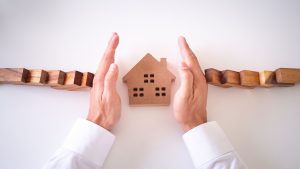 While a LendingTree survey found 88% of Americans would rather own a home than rent one, homeownership is expensive—especially larger homes.

Its research found South Carolina is the most expensive state for this type of insurance, with  a difference of 139%.

However, in South Carolina, this type of insurance costs 139% more to get at least $500,000 in dwelling coverage. South Dakota and Louisiana ranked second and third at 123%.

Coverage of $500,000 in Hawaii and New Jersey costs 47% more to insure an expensive home relative to the average cost of home insurance, which is the least in the nation. New Jersey and Hawaii are the only states where it costs less than 50% more.

The report calculated the amount of income needed to meet major monthly home ownership expenses— including mortgage, property taxes and insurance—on a median-priced single-family home, assuming a 20% down payment and a 28% maximum “front-end” debt-to-income ratio. The report also pegged the median home price at $317,500, a new high.

ValuePenguin stated that Louisiana and Florida—two states prone to natural disasters—are where home insurance for expensive homes costs the most. Securing at least $500,000 in coverage in Louisiana and Florida costs an average of $4,427 and $4,332 a year, respectively.

Changing trends brought on by the pandemic and minimalists are also changing housing trends. The U.S. Census Bureau reported just 8% of new single-family homes were at least 4,000-square-feet in 2020. While this is up from 5% in 1999, it is down from its high point of 11% in 2014 through 2016. Utah leads the nation with the percentage of homes with at least five or more bedrooms at 21%.