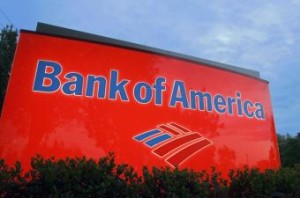 [1]Bank of America [2] has begun the process of paying out $7 billion in consumer relief as part of its record $16.65 billion settlement with the U.S. Department of Justice and six states last August, according to an announcement [3] on the settlement monitor's website.

Professor Eric D. Green, independent monitor of the settlement, announced in his initial progress report [4] since  the settlement was reached six months ago that Bank of America had correctly claimed credit of approximately $8.94 million for 100 first-lien loan modifications meant to help make mortgages more affordable for struggling homeowners. The amount paid for the initial batch of loan mods will go toward satisfying the bank's $7 billion consumer relief obligation under the settlement agreement.

According to Green's announcement, the loan mods included forgiveness of principal, reduction of interest rates, and bringing delinquent loans current without penalty. He said the first 100 loan mods were mostly meant to test monitoring standards and procedures and were too small a sample size to determine any conclusions for the future regarding the consumer relief the bank will provide.

"Examination of the first batch of 100 loans amounts to a test drive, assessing Bank of America’s plan for delivering much-needed assistance to homeowners and its methodology for calculating how the assistance qualifies for credit under the settlement agreement," Green said. "The bank is extending relief to tens of thousands of homeowners, and in coming months we should get a clearer picture of how quickly the bank has delivered on its consumer relief obligations, how much of what kind of relief has been delivered, and where relief has been distributed."

In August 2014, Bank of America agreed to a $16.65 billion settlement to resolve claims that the bank and its affiliates, namely Countrywide Home Loans, violated state and federal laws in connection with the packaging and selling of residential mortgage-backed securities (RMBS) and collateralized debt obligations (CDOs). Bank of America agreed to pay $9.16 billion directly to federal agencies and six states (California, Delaware, Illinois, Kentucky, Maryland, and New York), provide $7 billion in consumer relief, and provide $490 million to pay consumer tax liability as a result of that consumer relief. Should Congress declare the applicable homeowners tax exempt, the $490 million would go to community outreach and legal aid groups identified in the agreement, according to the monitor's announcement.

"For many, if not most, Americans, family and the family home are core values, at the center of the lives they hope to live. Owning a family home is the dream. Losing that home is the nightmare," Green said. "This settlement agreement acknowledges that the bank has committed to do its part to help repair the dream and avert the nightmare for those still in their homes but struggling with their mortgage payments."

The settlement amount was a record between the U.S. government and a single company, breaking the previous record of $13 billion between the DOJ and JPMorgan Chase in November 2013 over similar RMBS issues.

Per the settlement agreement, Bank of America's deadline for providing all of the $7 billion in consumer relief is August 31, 2018. Green said he believes the bank will reach the $7 billion mark before that date.

"The initial progress report validates that our process is compliant and the meaningful relief we are actively extending to mortgage customers in need of assistance can proceed," Bank of America spokesman Dan Frahm said.