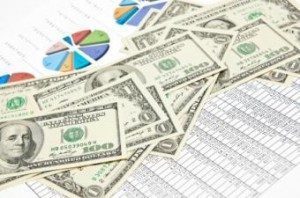 Housing forecasts can be tricky, especially in the present market conditions where values change by the day. According to CoreLogic’s latest House Price Index (HPI) Validation Report released on Thursday, the company’s national HPI forecast for 2017 came within 1.7 percent of the actual increase in HPI over a 12-month period ending in November 2017.

The annual report publicly compares its 12-month HPI Forecasts to the actual CoreLogic HPI Index, along with changes in national and key Core Based Statistical Area (CBSA) level forecasts made in November 2017 to the actual HPI index released in February 2018. The report includes data through November 2017.

The St. Louis CBSA straddling Montana and Illinois was the second most accurately predicted area with its 12-month actual HPI change at 3.8 percent against the forecasted rate of 3.6 percent.

The report also indicated that 50 percent of the metro areas under consideration for Amazon HQ2 are already overvalued.

“[Our] insight into the potential Amazon HQ2 locations shows that all the markets being considered are currently experiencing home price growth, which we can expect to accelerate in the city that is eventually selected.”

The report said that Pittsburgh, Indianapolis, Boston, Philadelphia, Newark, and Atlanta had the ideal housing conditions to support the expected population influx from Amazon’s HQ2. Austin, Dallas, Denver, Los Angeles, Miami, Nashville, New York, and Washington were already overvalued markets which could represent additional housing challenges should HQ2 be built in these cities, the report said.