Investors who are looking to increase their footprint in the single-family rental (SFR) market should consider looking in one of the top 10 U.S. markets with the highest cap rate, according to data released by HomeUnion on Tuesday.

The cap rate on an SFR property is calculated by dividing the net annual income on a property (gross annual income minus operating expenses) by the home’s market value.

The SFR market has gained significant popularity as an asset class in the last two years or so. The number of single-family renters boomed in 2015 due to a number of factors, among them a persistent lack of available housing inventory for sale and home price appreciation combined with a lack of wage growth. The homeownership rate fell to a five-decade low in the second quarter of 2015 as more families transitioned to renting. Rent appreciation has made the SFR business more profitable for investors.

“Other asset classes underperformed in 2015, while single-family rental investors saw healthy returns in terms of income and appreciation in markets across the country,” said Steve Hovland, Manager, Research Services at HomeUnion. “Favorable supply and demand fundamentals and shifting views about renting among millennials and seniors, created increased occupancy rates, which resulted in higher rent prices.” 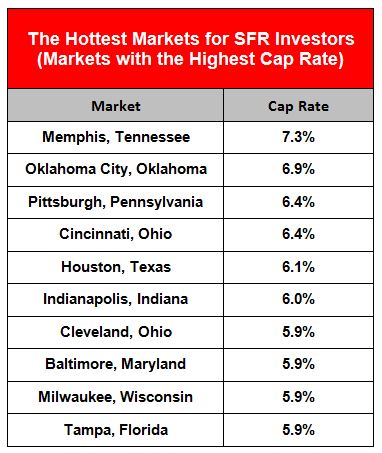 Using cap rate to rank the hottest and coldest markets in which to invest in SFR properties, HomeUnion determined that the market with the highest cap rate was Memphis, Tennessee, with a cap rate of 7.3 percent. Conversely, San Jose and San Francisco tied for the lowest cap rate with 2.7 percent, hence making those market the least attractive for SFR investors. 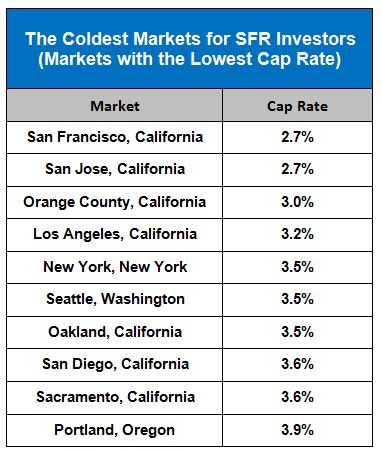