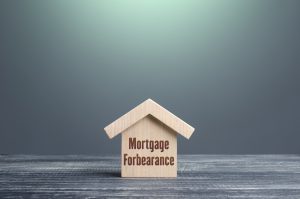 Month-over-month, the number of loans now in forbearance nationwide decreased by 11 basis points from 1.41% of mortgage servicers' portfolio volume in the prior month to 1.30% as of January 31, 2022. These findings come from the Mortgage Bankers Association's (MBA) latest monthly Loan Monitoring Survey, which also estimates that 650,000 homeowners are currently in forbearance plans.

"For the second straight month, the pace of forbearance exits reached another low since MBA began tracking exits in June 2020," said Marina Walsh, CMB, MBA's VP of Industry Analysis. "There was also a pick-up in new forbearance requests and re-entries for all loans, and particularly, for Ginnie Mae loans. Even though the forbearance rate continued its downward trajectory, it was the smallest monthly decline since January 2021."

"The positive news is that the percentage of borrowers who were current on their mortgage payments increased from December 2021, said Walsh. “However, there was some deterioration in the performance of borrowers with existing loan workouts. Borrowers in loan workouts may have experienced new life events unrelated to the pandemic, or alternatively, the omicron variant may have triggered or re-triggered employment, health, or other stresses." 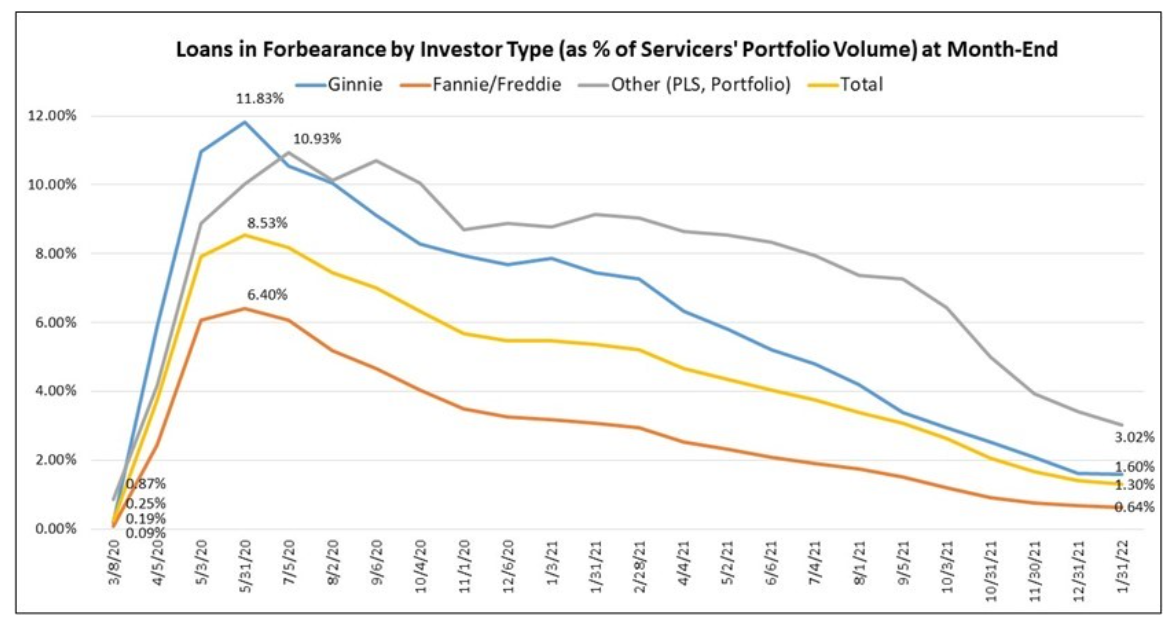 Regionally, the five states reporting the highest share of loans that were current as a percent of servicing portfolio included:

The five states recording the lowest share of loans current as a percent of servicing portfolio included: