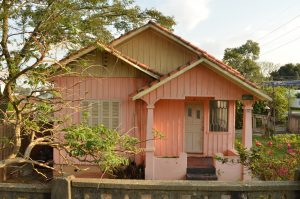 Between now and 2040, researchers expect a "skyrocketing" interest in homeownership among Hispanic Americans. In fact, researchers predict that the Hispanic population is the only racial or ethnic group that will experience an increased homeownership rate during this future phase.

A study by the Urban Institute takes a closer look at how the housing market can best support their needs.

By 2040, say research associates Lauri Goodman and Jun Zhu, 70% of new homeowners will be Hispanic Americans.

"To maintain a high level of homeownership, the mortgage and homebuilding ecosystem will need to evolve in a way that breaks down barriers and meets the needs of Hispanic homebuyers," the authors noted.

And the rise among this demographic will be led by young Hispanic households.

"In 1990, just 7.3% of young households (headed by someone younger than 65) were Hispanic. By 2020, that had more than doubled to 16.4 percent. We project that this share will continue to increase in the next two decades, and that by 2040, more than 20 percent of young households will be Hispanic—triple the share in 1990."

That's likely because the Hispanic population is much younger than other racial groups, according to the institute.

This forecast is based on pre-pandemic data, so the researchers add that some of the barriers to homeownership among Hispanic Americans—including less income and wealth, lower credit scores, larger families, and more multigenerational families than White counterparts—have been exacerbated by fallout from COVID-19. The fact is that barriers remain, they say, so here are a few policy changes and re-focuses at a policymaking level that the Urban Institute researchers recommend:

"If federal, state, and local policymakers act now," concluded the researchers, "they can significantly reduce these barriers and ensure continued robust growth in Hispanic homeownership.

2021-02-26
Christina Hughes Babb
Previous: Factors That Defined Housing in 2020
Next: How Many Mortgage Holders Are Still Utilizing Forbearance?