Home / Daily Dose / The Week Ahead: Will Steady Gains for the Labor Market Resume?

The Week Ahead: Will Steady Gains for the Labor Market Resume? 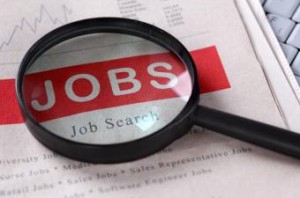 The much-anticipated February 2016 Employment Summary will be released on Friday, March 4, by the Bureau of Labor Statistics (BLS). While January’s job gains slowed down somewhat (to 151,000) after three consecutive months of solid gains from October to December. January’s employment summary did hold some good news—the unemployment rate dipped below 5 percent (4.9 percent) for the first time in eight years.

The BLS Employment Summary is the economic report that carries the most weight when it comes to the Fed determining monetary policy. Economists predict February’s job gains to be about 215,000, when the report is released on Friday; the Federal Open Market Committee (FOMC) will convene next March 15. The FOMC has already met once in 2016 without raising the federal funds target rate following December’s historic liftoff.

Economic growth has been slow in Q4; the second estimate for the GDP for Q4 released on Friday was a mere 1.0 (up from 0.7 in the “advance” estimate), but the consensus among analysts seems to be that the slowdown is only temporary and that the economy will bounce back in the first quarter.

Recent reports have shown that increasing demand and low inventory levels are fueling home prices and are likely the driving factor of the recent uptick in construction spending, but will the U.S. Census Bureau deliver more promising news for an industry in need this week?

So will the construction dollars continue to flow in January report?

"At our current pace of activity and taking into account loss of housing stock due to disaster and dilapidation, we're building new units at less than half the pace at which we are forming households," said Realtor.com Chief Economist Jonathan Smoke Smoke. "The housing shortage only worsens if this remains the picture. Tight supply of homes for sale and low vacancies will continue to be the norm, and along with that, higher rents and prices."

Here is the lineup for this week:

Pending home sales moved up very little in December 2015, coming in much less than projected by industry experts. According to the National Association of Realtors' (NAR)Pending Home Sales Index, pending home sales rose only 0.1 percent to 106.8 in December, marking the 16th month of consecutive increases.

The index, which tracks contract signings, found that pending home sales stood at 106.7 in November 2015 and is up 4.2 percent year-over-year in December from last year's total of 102.5.

Previous: Life Events and Higher Rents Influence Decision to Buy
Next: Is There any Silver Lining to be Found in Ocwen’s 2015 Earnings Report?