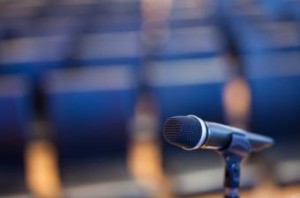 HUD [1] Secretary Julián Castro defended his department’s proposed increased budget for FY2017 before the House Appropriations Subcommittee on Transportation, Housing and Urban Development and Related Agencies [2] on Tuesday, saying that a majority of the money HUD has requested would go toward rental renewal assistance for millions of households.

President Obama’s budget calls for a $1.9 billion increase in HUD’s funding from the previous fiscal year, up to $48.9 billion. Castro told the subcommittee that, “85 percent of our Budget would go solely toward renewing rental assistance for nearly 5.5 million households. But we’ve also taken strong steps to maximize our remaining resources. Investments that would support our nation’s most underserved communities, and empower more hardworking Americans to lift themselves into the middle class.”

Castro noted that in the past 71 months, businesses in the private sector have added 14 million jobs, the longest such streak of growth on record. The unemployment rate (currently 4.9 percent) has been cut in half since 2009.

“Now we must ensure this progress reaches every corner of our nation,” Castro said. “And expanding housing opportunity is a vital part of this mission. Today, one-quarter of American renters spend more than half their incomes on housing.  And for every dollar that goes toward a rent payment, one is taken from a family’s grocery budget, a child’s education, or a couple’s retirement savings.”

Also in his testimony, Castro pointed out that veteran homelessness declined by 36 percent from 2009 to 2015 as a result of the president’s initiative to end homelessness. The Secretary stated that according to HUD’s Family Options Study, the most effective solutions for families with children who are experiencing homelessness are rapid rehousing and Housing Choice Vouchers. “So we’ve asked for a historic $11 billion investment in mandatory spending over the next 10 years that would use these tools to assist approximately 550,000 families,” Castro said.

The new budget is committed to empowering Americans through housing mobility, Castro said, so the department has requested $20.9 billion for HUD’s Housing Choice Voucher program, which is $1.2 billion higher than the previous fiscal year.

“This would provide 2.2 million low-income families with the chance to move into neighborhoods with better schools, safer streets, and more jobs—and stay there for the long-term,” Castro said.