Home / Headlines / Ocwen Announces New Chair of the Board of Directors, Independent Director

Ocwen Announces New Chair of the Board of Directors, Independent Director 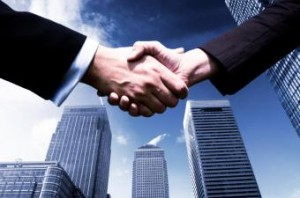 Caldwell joined Ocwen’s Board of Directors in January 2015, and has provided significant insight and guidance on the strategic and operational direction of the company. A finance and economic development advisor, Caldwell previously served as Chief of the Homeownership Preservation Office at the U.S. Department of the Treasury where she was responsible for oversight of the U.S. housing market stabilization, economic recovery, and foreclosure prevention initiatives established through the Troubled Asset Relief Program (TARP).

Caldwell is currently the Chair of the Independent Review Committee of Ocwen’s Board of Directors and a member of the Nomination/Governance Committee, Compliance Committee and Executive Committee.

“Serving on Ocwen’s Board of Directors has been a pleasure and honor,” said Barry Wish, outgoing Non-Executive Chair of Ocwen’s Board of Directors. “I am extremely pleased that Phyllis will be assuming this leadership role at such an important time for the company. Phyllis’ character, deep experience in the housing and mortgage markets, and commitment to borrowers and communities makes her the right choice to move Ocwen forward and emerge as a stronger company with the highest standards in our industry.”

The Board of Directors also appointed Carol J. Galante as a new independent director effective as of the day following the filing of Ocwen’s Form 10-K with the SEC. Galante, former FHA Commissioner and currently the I. Donald Terner Distinguished Professor in Affordable Housing and Urban Policy at UC Berkeley, will join Jacques J. Busquet, former Chief Risk Officer and Managing Director of Natixis North America LLC, as the company’s newest independent directors. Busquet joined the Board of Directors in January 2016.

“We thank both Barry Wish and Bill Lacy for their many years of leadership and service” said Ronald Faris, President and CEO of Ocwen. “While both Barry’s and Bill’s leadership and expertise will be greatly missed, we look forward to the company’s next chapter under our new Chair Phyllis Caldwell. I have worked closely with Phyllis over the last year, and she has an ideal blend of experience and knowledge of the mortgage and housing sectors as well as a keen focus on best practices for corporate governance.”

“We are also very excited to announce the appointment of Carol Galante to our Board of Directors. We are confident that Carol’s housing, mortgage and policy expertise will contribute to meeting our long-term goals and serve the interests of all our stakeholders,” Faris added.

Following the appointment of Galante, Ocwen’s Board will consist of nine independent directors along with Faris. Wish and Lacy intend to continue to serve as directors until the company’s annual shareholder meeting.

Tagged with: Board of Directors Ocwen Financial Services