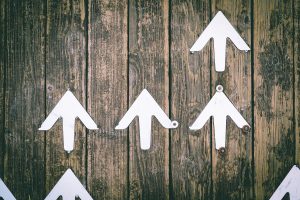 A weekly Mortgage Bankers Association (MBA) report that tracks the share of mortgage loans in active forbearance as well as servicer call volumes (because borrowers must call their servicer in order to receive the extension) showed that total loans in forbearance increased by 1 basis point relative to the prior week: from 5.22% to 5.23%.

"A small increase in new forbearance requests, coupled with exits decreasing to match a survey low, led to the overall share of loans in forbearance increasing for the first time in five weeks," said Mike Fratantoni, MBA's SVP and Chief Economist. "The largest rise in the forbearance share was for portfolio and PLS loans, due to increases for both Ginnie Mae buyouts and other portfolio/PLS loans."

Fratantoni added, "The winter storm that impacted Texas and other states did lead to some temporary disruptions at servicer call centers, but these centers quickly returned to full operations."

Broken down by investor type—

Of the cumulative forbearance exits for the period from June 1, 2020, through February 21, 28%, 27.8% represented borrowers who continued to make their monthly payments during their forbearance period, 25.9% resulted in a loan deferral/partial claim, 15.3% resulted in reinstatements, in which past-due amounts are paid back when exiting forbearance, 13.8% represented borrowers who did not make all of their monthly payments and exited forbearance without a loss mitigation plan in place yet, 7.8% resulted in a loan modification or trial loan modification, 7.6% resulted in loans paid off through either a refinance or by selling the home, and the remaining 1.8% resulted in repayment plans, short sales, deed-in-lieus or other reasons.