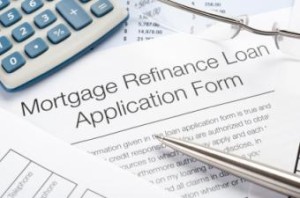 The Data and Analytics Division of Black Knight Financial Services released its Mortgage Monitor Report, which looked at data as of the end of January, 2014. The report found that Home Affordable Refinance Program (HARP) eligible loans have shrunk throughout the year.

The report noted, "a general decline in the overall 'refinancible' population of both traditional and HARP-eligible borrowers with associated loan origination volumes dropping in both categories as well."

Overall originations were down nearly 60 percent year-over-year, according to the report.

The report cites that the population of those available to refinance through HARP has fallen by 13 percent over the last two months. The shrinking population of HARP-eligible loans may cause problems for special servicers who recently reported significant earnings [1] that were aided by the government program.

Herb Blecher, SVP of Black Knight Financial Services' Data & Analytics division, said, "[A] good deal of this decline can be attributed to the fact that a majority of those who could refinance at historically low rates in recent years already have, and we see a similar dynamic in terms of HARP-eligible loans."

Blecher continues, "From a geographic perspective, outside of Florida and Nevada, we see the Midwestern states of Illinois, Michigan, Missouri and Ohio have among the highest percentage of HARP eligibility."

Black Knight's Mortgage Monitor Report also provided data on home equity line of credit (HELOC) lending. 2013 marked the first year that HELOC lending increased since 2006. The report is cautious to note that total home equity volumes were still down more than 90 percent from that time.

Delinquency rates in home equity origination fell to just .1 percent, aided in large part to what the report calls "super-prime" borrowers, "with average credit scores for first- and second-lien HELOCs at 786 and 779, respectively."

At the same time, HELOCs originated prior to 2004 are seeing increased rates of new problem loans, up 27 percent year-over-year as the loans hit the amortizing stage.