2.6 Million Homeowners Are In Forbearance 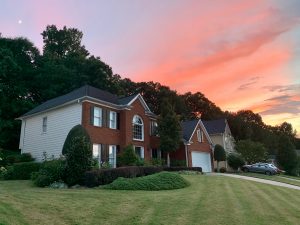 The total number of forbearances shifted down by three basis points from 5.23% of servicers' portfolio volume in the prior week to 5.20% as of February 28, according to the Mortgage Bankers Association's (MBA) latest Forbearance and Call Volume Survey.

A total of 2.6 million homeowners are in forbearance plans, MBA’s estimate shows.

"There was a small decline in the total share of loans in forbearance in the last week of February, as the pace of forbearance exits increased. This continues the trend reported in prior months. Of those homeowners in forbearance, more than 12 percent were current at the end of February, down from the almost 14 percent at the end of January," said Mike Fratantoni, MBA's senior vice president and chief economist. The improving economy, the soon-to-be passed stimulus package, and the many homeowners in forbearance reaching the 12-month mark of their plan could all influence the overall forbearance share in the coming months, he continued.

Meanwhile, there was a jump in forbearance relative to the week before, from 9.03% to 9.05% in the share of other loans, including portfolio and PLS loans.

The MBA reported that the total number of loans currently in forbearance decreased by seven basis points from 5.29% of servicers' portfolio volume in the prior week to 5.22% as of February 14, 2021.

2021-03-09
Christina Hughes Babb
Previous: 2020 Delinquencies Hit Both Highs and Lows
Next:  Is a Foreclosure Crisis in the Cards?