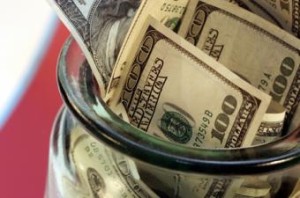 Freddie Mac priced its second Structured Agency Credit Risk (STACR) transaction of 2016 at $475 million, according to an announcement from Freddie Mac.

The transaction, STACR 2016-HQA1, contains loans with LTVs ranging from 80 to 95 percent, according to Freddie Mac. The reference pool consists of single-family mortgages with an aggregate unpaid principal balance (UPB) of $17.5 billion. The pool contains a subset of 30-year fixed-rate single-family mortgages Freddie Mac acquired during a three month period between April 1, 2015, and June 30, 2015, according to the announcement.

“We saw secondary spreads tighten with this transaction,” said Mike Reynolds, VP of Credit Risk Transfer for Freddie Mac. “This may be the reversal of spreads widening.”

Co-lead managers and joint bookrunners for the transaction are Barclays and Wells Fargo Securities, according to Freddie Mac. Co-managers are Cantor Fitzgerald, Deutsche Bank Securities, JPMorgan, and Nomura.

Freddie Mac began its credit risk transfer sharing initiatives in 2013 as a way to transfer a portion of the risk on residential single-family mortgages to private investors and away from taxpayers.  Last month, Freddie Mac announced enhanced disclosures for its single-family credit risk transfer initiatives that included quarterly updates of credit scores for outstanding loans in all transactions, updated mark-to-market LTVs provided quarterly, loan-level mortgage insurance details, and details on loan modifications such as the type of modification and the program it was completed through.

In early February, Freddie Mac announced its first ACIS transaction of 2016, with a combined maximum limit of approximately $450 million of losses on single-family loans. Through its credit risk transfer initiatives, Freddie Mac has transferred a substantial portion of credit risk for more than $422 billion in UPB on single-family mortgages. The Enterprise’s investor base has grown to more than 190 unique investors (including reinsurers).

More information is available on the Credit Risk Transfer page, including a STACR issuance calendar to help investors plan their allocations, on Freddie Mac’s website.