The Foreclosure Crisis: A Retrospective 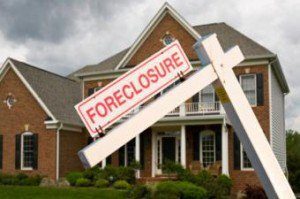 On Tuesday, CoreLogic released a report titled “United States Residential Foreclosure Crisis: Ten Years Later” to examine how the country has handled and recovered from the foreclosure crisis in the years since. The report also gives background from the early 2000s leading into the crisis.

The foreclosure crisis began in 2007, and peaked in September 2010. In that month alone, approximately 120,000 homes entered foreclosure. Economists tend to mark the bankruptcy of two Bear Stearns subprime funds in June 2007 as the beginning of the crisis, followed by a worsening crisis when Lehman Brothers declared bankruptcy in September 2008. In 2009, unemployment peaked as well, adding to the crisis.

“The country experienced a wild ride in the mortgage market between 2008 and 2012, with the foreclosure peak occurring in 2010,” said Dr. Frank Nothaft, Chief Economist for CoreLogic. “As we look back over 10 years of the foreclosure crisis, we cannot ignore the connection between jobs and homeownership. A healthy economy is driven by jobs coupled with consumer confidence that usually leads to homeownership.”

Over 1 million foreclosures occurred in in 2010 when the crisis peaked. Following this peak, foreclosures began to steadily decline year by year, dropping by 100,000 per year through 2016. By state, Florida experienced the highest number of foreclosures during the crisis, with 12.5 percent of homes in the foreclosure process in June 2011.

Currently, 385,748 completed foreclosures are in effect, below the 2010 peak of 1,178,234, and the number is expected to continue to fall. In 2013, as the market began its repair, then CEO and President of CoreLogic Anand Nallathambi stated, “The housing market is clearly on the mend, but we expect the ultimate conclusion of the present housing cycle to be another several years away . . .”

Previous: Though the CFPB Faces Major Reform, Few Know What it is
Next: Homeowners Expect Higher Appraisals