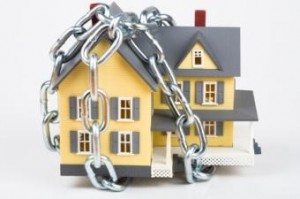 An analysis of millions of credit reports comparing financial behavior patterns of those who currently rent and those who have a current mortgage revealed that tens of millions of renters might not qualify for a mortgage due to a low credit score—and that a large share of renters have other outstanding debt that is currently in collections, according to the Urban Institute [1].

In a report released Thursday titled Comparing Credit Profiles of American Renters and Owners [2] by Wei Li, Senior Research Associate, and Laurie Goodman, Director, Housing Finance Policy Center from the Urban Institute, the authors discovered several patterns on how mortgage debt relates to other types of debt when examining the financial habits of 118 million homeowners and 127 million renters nationwide.

The authors found that 96 million American renters have never had a mortgage—and 42 percent of them have some other type of consumer debt in collections. This group tends to be younger than other groups covered in the report and the members of this group are “less likely to have credit card debt or spending but much more likely than the other five groups to have a debt in collection. This group also has the lowest credit scores, a concern given that this is the largest group and the group that might be interested in eventual homeownership,” according to Li on the Urban Institute’s blog. The report also examined a group of current renters who have had a mortgage at some point in the last 16 years, which totals about 8 percent of American adults (19 million). The authors discovered that this group is typically about the same age as those who currently have mortgages but have more debt, which may have in fact led to their being forced out of homeownership. This group “has the highest percent of public debt records (28 percent) and the second highest percent of debt in collections (37 percent),” Li said. “This group uses auto loans and credit cards less than the two groups with current mortgages, possibly because of difficulties in obtaining credit.”

Approximately 12 million renters are also paying on a current mortgage, according to the authors. Current homeowners and those renters who own a mortgage tend to have credit scores higher than 700, while about half the members of both groups have an auto loan and about 80 percent of both groups have some credit card debt.