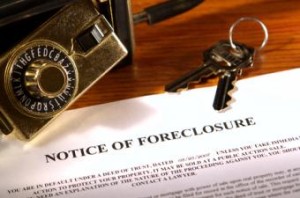 The initial distribution of foreclosure by advertisement proceeds is a relatively new issue in Michigan. Generally, the foreclosing mortgagee makes the initial bid at the actual foreclosure sale. The typical practice in the past was that the foreclosing mortgagee would place an initial bid for the total amount of the debt owed under the mortgage and underlying note. Recently, however, mortgage servicers and lenders have been venturing into the realm of obtaining property values and basing their initial bids on the fair market value of the property, as opposed to the amount owed on the loan. This has opened up a new market for third-party bidders to purchase properties at foreclosure sales. It has also uncovered the question of how foreclosure sale proceeds should be distributed when the foreclosing mortgagee does not initially bid the amount owed on the loan.

So, the question then becomes, what remedy do foreclosing mortgagees have when the proceeds from a foreclosure sale do not satisfy the amount owed on the loan, and the Sheriff’s Department is holding additional proceeds from the sale? As stated before, the Legislature has addressed the procedure for claiming surplus funds existing following a foreclosure sale, providing that “…after the sale of real estate…any surplus money after satisfying the mortgage on which the real estate was sold, and payment of the costs and expenses of the foreclosure sale, the surplus shall be paid over by the officer or other person on demand to the mortgagor, his legal representatives or assigns” See MCL §600.3252. Further pursuant to MCL §600.3252, any person claiming priority to the funds, other than the borrower, or anyone claiming under the borrower, may make a claim to the Sheriff’s Department, which must then transfer the funds to the Circuit Court for determination as to the validity of the claim. Once the funds have been transferred to the Circuit Court, the claimant has the opportunity to plead its entitlement to the remaining foreclosure proceeds. Typically, the Circuit Court actions are considered In Re actions as they pertain to proceeds claimed based on a claim made on real property. MCL §600.3252 simply provides that a claimant must prove to the Court its right to the proceeds. In fact, in the recent decision of Moon Lake Condominium Association v. RBS Citizens et al, unpublished opinion per curiam of the Court of Appeals, issued November 12, 2015 (Docket No. 323576), the Michigan Court of Appeals confirmed that a claimant is not required to provide notice to any other parties that would claim a right to the remaining sale proceeds. Once the claimant has provided proof sufficient for the Court, the Court will enter an order granting the claimant’s request and release the funds to the claimant.

Although MCL §600.3252 clearly does not apply in the situation where the foreclosing mortgagee has not been satisfied, it provides some guidance towards a remedy that can be claimed by an unsatisfied foreclosing mortgagee where proceeds remain following a foreclosure sale. At the moment, the Courts seem to be allowing unsatisfied mortgagees to make claims based on the process outlined by MCL §600.3252, even though the claims are not technically made pursuant to the statute. Some firms, however, have taken the path of filing standard civil lawsuits naming the borrowers as the defendants, and pursuing judgments stating that the foreclosing mortgagee is entitled to the proceeds. Since the Legislature is silent regarding this situation, it cannot be said with certainty at this time which course of action is technically the most proper.

With the rise of mortgage lenders and servicers considering fair market value in the amount they are willing to bid at a foreclosure sale, it may be time for mortgage lenders and servicers to lobby the Michigan Legislature to enact a clear procedure as to how foreclosure by advertisement proceeds are to be distributed in an effort to ensure there is no longer uncertainty in these third-party purchaser situations.